Posted on January 7, 2014 by talkaholics

Slightly Soiled or the Tedium of Sainthood by Trevor Plumbly 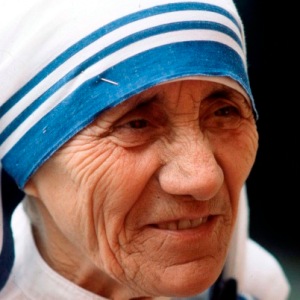 The Attraction of the Dark Side

It’s a strange part of human nature (mine included) that saintly people these days seem somewhat boring while those who tread the lower path on occasions get elevated to become ‘likeable rogues’. Doubtless analysts and all those other folk that earn their crust attempting to poke divining rods into our thought processes will have written screeds on this but I thought a short piece without wheelbarrow words might interest. Take cowboy movies as an example; in the early ones morality was easily defined: the good guys were usually fair complexioned and wore white hats whereas the baddies were somewhat swarthy and wore dark clothes, moustaches, together with dark and sinister expressions; but Ronald Reagan and John Wayne rode the range and as a result peace and justice prevailed. Then came Clint Eastwood and suddenly our hero had to have a dark side to be believable.

The Allure of the Flawed

The late 50s heralded a huge change in the public’s perception of right and wrong; absolutes no longer applied. The ‘Great Train Robbers’, pilloried by the press and overpunished by the establishment achieved virtual folk hero status in many quarters; certainly Ronnie Biggs enjoyed ‘likeable rogue’ status for many years before his death. The Profumo affair was another example of how things were shifting: the establishment howled for blood over a fairly shambolic ‘spy ring’ and the heads of John Profumo and Stephen Ward rolled, but the general public were far more interested in the sexual frolics of Christine Keeler and Mandy Rice-Davies, regarding them more as ‘pin-up-girls’ than traitors. It didn’t stop there; flawed and sinister folk started popping up all over the place: George Best, a mesmerising soccer talent idolised by the public at the same time as destroying himself with alcohol; Dennis Lillee, the Australian bowler possessed of a sort of sinister arrogance hitherto unseen in cricket (maybe it was the moustache, but I doubt it); John McEnroe at Wimbledon proving that temples aren’t terribly important to the flawed. Paparazzi and scandal-mongers replaced reporters, tabloids replaced newspapers and all of a sudden we had all manner of dodgy people’s lives to cope with, politicians, lawyers, judges, doctors and so on, people previously regarded as remote and above reproach became human, flawed and as a result far more interesting.

The Tedium of Perfection

Now of course finding flaws is considered an international pastime, and once those flaws get aired, the person who has them becomes more real to us. Let’s face it, we’ve all made mistakes and it’s comforting to know that those we place on pedestals make them too. It’s a sort of connection really and anyway who wants to knock around with anyone perfect; saints may be admirable but they never really struck me as being much to write home about. Take the late Princess Diana: once her shortcomings were aired to the world, she became far more interesting as ‘one of us’ rather than ‘one of them’, but no less regarded by the masses. Mother Theresa, on the other hand, was equally adored but had no faults that we know of, so we expected saintliness and unsurprisingly got it. I imagined having her and John Wayne over for drinks, but the way things are I might have more in common with Princes Di and George Best; ‘slightly soiled’ I’ve decided, is a bit more interesting than patent goodness.