Back in Blighty by Angela Caldin 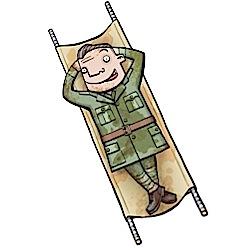 Six months in New Zealand have passed in a flash and now I’ve changed the Land of the Long White Cloud for the Land of the Rose and its teeming capital city. My fellow blogger, Emily, often refers to her homeland as Blighty and that rather old-fashioned term, so evocative of a bygone era of derring-do and Britishness, always makes me smile. Apparently, the expression was first used by soldiers in the Indian army and was an Anglo-Indian alteration of the Urdu bilāyatī, which means ‘foreign or European’. From there, it developed to be a slang term for Britain or England, used by soldiers of the First and Second World Wars. By extension, it was used for a wound suffered by a soldier in the First World War which was sufficiently serious to merit being sent home to Britain.*

Having got that out of the way, I want to capture before they fade the things I have discovered during the last six amazing months away:

Travelling between hemispheres every six months might be considered a strange way to spend your declining years and sometimes it can feel as though you’re neither here nor there: building a new life and feeling settled and centred until, before you know it, your time is up and you must pick up the threads of your old life as best you can.

The speaker in the poem below has a blighty wound and is therefore thankfully on his way home:

I’m goin’ ‘ome to Blighty: can you wonder as I’m gay?
I’ve got a wound I wouldn’t sell for ‘alf a year o’ pay;
A harm that’s mashed to jelly in the nicest sort o’ way,
For it takes me ‘ome to Blighty in the mawnin’.

‘Ow everlastin’ keen I was on gettin’ to the front!
I’d ginger for a dozen, and I ‘elped to bear the brunt;
But Cheese and Crust! I’m crazy, now I’ve done me little stunt,
To sniff the air of Blighty in the mawnin’.

I’m goin’ back to Blighty, which I left to strafe the ‘Un;
I’ve fought in bloody battles, and I’ve ‘ad a ‘eap of fun;
But now me flipper’s busted, and I think me dooty’s done,
And I’ll kiss me gel in Blighty in the mawnin’.

Oh, there be furrin’ lands to see, and some of ’em be fine;
And there be furrin’ gels to kiss, and scented furrin’ wine;
But there’s no land like England, and no other gel like mine:
Thank Gawd for dear old Blighty in the mawnin’

2 Comments on “Back in Blighty by Angela Caldin”