A Detached Retina by Trevor Plumbly 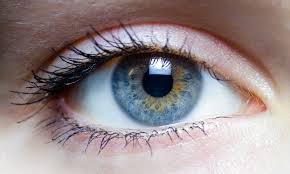 It doesn’t hurt to ask yourself questions when your actions or reactions push you to a point you can’t back away from. Yeah, I know, it’s stupid, unproductive, unprofitable and all that other stuff that reasonable people cling to. But what the hell happened to right and wrong? I tend to get uneasy with people who dilute situations into palliative compromise. It’s not that I’m overly obstinate, I simply believe that if I feel I am right in a given situation I am entitled to maintain that stance, not have it watered down. Allowing a face-saving exit is all very well but I fail to see any merit in being considered half-right and by default half-wrong. This sort of win-win approach to solving conflict doesn’t do society as many favours as its proponents claim; it makes rigorous debate redundant in favour of a ‘one size fits all’ feel-good solution.

Over the last couple of years, I’ve been writing short pieces for Retina NZ, an organisation funded by the NZ Blind Foundation. In the last article I presented, I praised and thanked three people for their efforts in lobbying parliament to increase the number of low-vision clinics throughout New Zealand. To my knowledge, none of the three had any official affiliation to either Retina NZ or the NZ Blind Foundation, nor did any of them see the campaign as a competitive move against either of those bodies. The first response from the editor was that there was no room in that issue for the article, to which I objected; I was later contacted and informed that there was now room for a piece but the subject of my submission wasn’t suitable. I took exception to this on the basis that these three people were making a major effort on behalf of everybody in the country with a sight problem and that Retina NZ should express its support and gratitude as publicly as possible. Also, somewhat sadly, I felt that there might have been inter-agency political motives for refusing it. After considerable thought, I felt unable to continue to write for the magazine with any kind of confidence. If I had had any reservations at all I would have compromised, but I didn’t. Put simply, I felt I was right! I regret the outcome but not the stance I took that caused it.

It seems a bit stupid doesn’t it, going into a conflict knowing you’re not going to win? It’s not that there’s any shortage of derogatory titles to deter us: ‘pig headed’, ‘thick skinned’ and ‘not a team player’ define those that don’t march in tune and I guess I’m one of them; not full time, just when I feel that something is being taken away that I want to keep. I’d like to think it’s a lofty principle thing, but it’s not. It’s probably just part of me, warts and all, and quite frankly it’s a little late in my life to make major personality changes. It’s not the first time I’ve ‘cut off my nose to spite my face’ and I know it won’t be the last. I guess some will say that I’m not seeing ‘the big picture’ but when it boils down to personal principles, smaller pictures tend to have a sharper focus. If Linley Hood, Gordon Sanderson and Don Brash succeed in increasing the number of low vision clinics in the country, they will have made a huge contribution to the vast majority of vision impaired people unable to meet the NZ Blind Foundation criteria for assistance without the use of public funds and if that’s not worth a bit of gratitude and support then someone’s thinking is a bit skewed and I don’t think it’s mine!

← Another Day at the Office by Emily Smart
Angela’s ABCs – Words Easily Confused: Tortuous and Torturous →

5 Comments on “A Detached Retina by Trevor Plumbly”