When the Light Goes Off by Trevor Plumbly 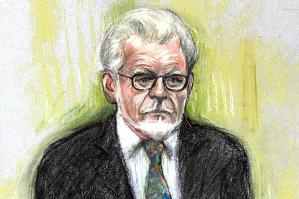 The Day We All Lost

Today, at the age of 84, he was sentenced to serve a term of imprisonment; beyond that, there’s not much left unsaid about Rolf Harris. Those of us of a certain age and of a less vengeful disposition will remember, somewhat fondly, an entertainer with an extraordinary range of talents. It would be hard to find another entertainer with a broader appeal; regardless of age, race or class, he was an inspirational figure. Sadly, like many others in the limelight, he was seriously flawed. I say sadly, not to minimise or excuse his actions over the years or the impact on his victims, but more to encourage people to consider a more lateral view of the case rather than simply baying for blood via the media.

One of the main problems when these cases involve celebrities is that we tend to develop a bit of tunnel vision and become more vociferous in our outrage. Maybe it’s born of resentment that someone we elevated to de facto sainthood turns out to be a predator, or is it that this particular individual is more readily identifiable than say a priest or a serial abuser? The principle victims in these cases should rightly be the main focus. Anyone subjected to sexual abuse carries scars, and I’m certainly no exception: unlike Harris’s victims I was much younger, socially isolated and as a result vulnerable. Physically, no great harm was done, but emotionally – who the hell knows? Looking back I could have sought some sort of closure later by confrontation or questioned what my life would have amounted to without that added mental baggage, but, by and large, I ignored it, and over the years it didn’t really seem to matter. Once again, I’m not trivialising the victims or the effect of his actions on them, but would the public outcry for justice on their behalf be quite so clamorous if the offender was a ‘Joe Bloggs’? I somehow doubt it.

And a Bigger Picture

Spare a thought for his family, just as much victims as his accusers, and condemned to carry their own sense of shame for longer, as well as, more than the other victims, publicly. Harris must have been surrounded by agents, managers, studio staff and media executives at every appearance, yet not one of all these people seems to have been aware that Harris had unhealthy sexual problems, so doubtless fingers will be pointed in their direction too, and the media will ensure that the damage will drag on. Currently, in New Zealand and Australia, more and more victims are coming forward demanding police and court action. Much as I sympathise with their wish for some sort of personal closure, I really feel that the British justice system has sentenced him to death by one form or another and there seems little point in doing that twice. There’s no doubt that Harris was an evil man and did leave a trail of pain for many people, but he’s currently paying for that by the loss of his family, his liberty and possibly his life. Even if he survives prison, he’ll be publicly hounded and reviled until he does die. Punishment enough? I reckon so.

5 Comments on “When the Light Goes Off by Trevor Plumbly”