A Week in a Small Country by Trevor Plumbly 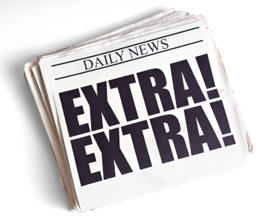 Much has been happening this week down here, or what passes for much in New Zealand. Trouble is, in a small country like ours, the media have to punt around a bit to get decent headlines or get a bit creative – fortunately, there are always a few folk around to lend a hand. Main news recently was the case of two teenagers punching another boy following rugby practice which resulted in his death. It was later discovered that the victim had a heart condition which could have been a contributing factor to his death. The manslaughter charge was then reduced to assault, to which both offenders pleaded guilty. Astonishingly, the high court judge presiding in the case ordered permanent name suppression and discharged both youths without conviction. Some days later, an egg distributor’s name was blazoned on the front page after being found guilty of mislabelling eggs as being ‘free range’; he was convicted, fined and sentenced to 100 hours of community work for this heinous crime. That might seem a bit imbalanced to non-residents but that’s the way we work things. It’s a small country, most of us know one another and you don’t live here anyway so who gives a stuff about what you think.

It’s election year and, as we all know, politicians tend to go a bit bonkers at such times in an effort to attract attention to themselves. We have the usual mix of earnest types, bullies, would be comedians and just plain nutters, but we differ in the way that we seem to take all of them fairly seriously. Our prime minister, a hail fellow sort of a bloke, much beloved of his own sense of humour, fell foul this week by referring to a major sponsor of one party as being a ‘sugar daddy’ to its female leader. Naturally, there was a huge outcry at this: we might tolerate domestic violence, child poverty and abuse in epidemic form, but we don’t put up with that sort of crap. Another party leader refuses to believe that man walked on the moon, and he’s not one of the barmy ones! Yet a third leader, while addressing a rally of the faithful, cracked the old ‘two wongs don’t make a white’ gag, thereby incensing those looking for something to get incensed about and, of course, the race relations conciliator. It was good to see her get into the ring; I’ve never really been sure of exactly how such people occupy their time when they’re not making statements, but now I realise they’re a bit like doctors – you don’t usually need them on a daily basis, but it’s nice to know they’re there if the situation demands it.

Other things are happening; for example, a recent enquiry into an old murder case has been completed. Some years after the trial, the convicted man, Arthur Thomas, was pardoned, released from his prison sentence and paid compensation of around NZ$1million – the basic conclusion was that the police were at the very least incompetent and accusations of evidence tampering were made. Over the years, despite the lapse of time, the case has refused to go away: books and articles have been written and as soon as anyone remotely connected with the case popped off, the theorists would rally yet again to regurgitate the sorry saga. About a year or so ago, it was decided that the only way to see justice done was to hold an enquiry. After many months of deliberation, at a cost of over $400,000, they concluded that they couldn’t discover who did it because the police cocked things up. That’s the sort of attitude that makes a small country great! How to take nothing, spend a lot of money and time discussing it, and still end up with nothing in order to assure me I’ve got nothing to worry about. Except, of course, whether or not some bugger’s put the wrong label on the egg carton.