Posted on December 2, 2014 by talkaholics

Having a Nice Day Part 1 by Trevor Plumbly 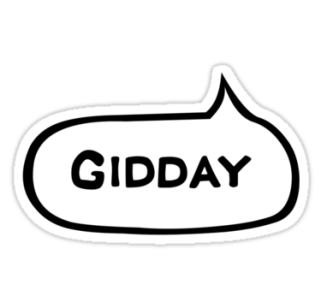 On The Brighter Side

Moved as I was by Ange’s gentle piece on tolerant thought, along with Hoffar’s snide kick to the privates of my sensitivities, I have decided to spend a day embracing their attitude. Please don’t regard this as a road to Damascus thing; it’s just a sort of test drive. I soon discovered that dumping the grumpy old git in favour of a flower child requires considerable effort: the first task of the day was to check the lotto results, no bloody luck as usual, but with a bit of effort I warmed to the idea that I had contributed to someone else’s financial well-being. There was all sorts of other stuff in the paper, mostly nasty, and requiring serious thought; but serious thought, I found, was the enemy of an embryonic cheek-turner. No! I decided if I’m going to get through the day, harsh reality must be avoided; what I needed to do was concentrate on the negative aspects of daily life and simply convert them into positive pleasant experiences.

A Man of the People

Sitting on the porch, crossword in hand and tea mug at the elbow, I considered the problem I was facing (calmly of course); according to Ange and her sidekick Hoffar, the voice of wisdom is gentle and accepting. I was holding that thought when the phone rang: it was one of those Telemarketer people anxious to save me a few bob on my insurance bills. In keeping with my new persona, I decided to deliver bonhomie rather than just wait for it. I opened with a cheery ‘Good morning!’ and followed up with ‘Where are you calling from? Is it a nice day there? It’s lovely here; summer’s so good for the kids isn’t it! Have you got any children?’ There was a click and then the dial tone: maybe he hadn’t read Ange’s and Hoffar’s theories on tolerance and understanding.

Thinking kind thoughts, I returned to the porch feeling that perhaps all this good stuff was only available via personal contact, so I chirped out a ‘Good morning!’ to passers-by. To be fair, a few replied in a like manner but most looked like they’d be happier on the other side of the street. I reached the conclusion that a seismic shift in attitude needed more than a couple of asides: in order to get to the goodies proclaimed by A and H, I needed to  immerse myself in the role; to do that, a bit of rehearsal was the way to go. First up were the verbals; perhaps ‘Good morning!’ was a bit too definitive, a bit too British. I wandered round experimenting with as many versions of ‘Gidday’ as I could vocalise, but judging by past experience, a muttered ‘Gidday’ just invited an equally terse echo, not the warm fuzzies that were supposed to come with this stuff. After considerable practice I felt that I had perfected the perfect ‘Hello’: warm, but not treacly, with a slight rising inflection on the last syllable.

Nice to See You!

Burbling ‘Hellos’ to myself, I considered the main problem associated with kindness and cordiality: it was, of course, ‘The Look’. We blindies have a hard time with facial expression; the zombie stare just doesn’t cut it, and excess facial movement can lead folk to believe that you’re on some form of recreational medication. A smile was the obvious answer: inched against the mirror, I rejected everything from the goofy grin to the judicial smirk, finally settling on a slight upturn of the lips rather than the full Dracula dentals. I now feel fully kitted out for this tolerance caper and prepared to spend the remainder of the day out and about practising what A and H preach.