Across But Not Down by Trevor Plumbly 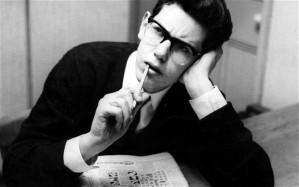 One across was relatively simple ‘Home educated? 5 & 7’ answer ‘house trained’. But then they always do that, they give you a simple clue to drag you in and then hit you with the migraine stuff a bit further down. They use all sorts of cunning ploys to put you off the scent, word puns, anagrams, abbreviations and Roman numerals are just part of their ammunition. The master for me was the Rev. John Graham who published in The Guardian for many years under the pen name Araucaria, the Reverend gentleman passed away recently and will be sorely missed by those of us who enjoy a tough but not impossible cryptic crossword. Most of the time I could battle through three quarters of his work and occasionally completed some, on learning that he had a limited time to live he compiled an entire cryptic crossword with cancer related clues, which, from memory I only solved four.

Cryptic addicts are a strange breed, to form a relationship with a total stranger intent on inflicting daily doses of verbal sadism, just about begs for some form of counselling, I don’t doubt my little scraps with the good Reverend’s offerings were no different to countless others scrambling for the morning brain buzz. It is I’ve always felt, a one-sided affair, compilers can concoct the question to a tailored answer or vice-versa, but even if we solve all the clues, there’s no avenue available for rewards of any sort, we just have to be satisfied with a hard won draw.

I’m sure the good Rev. didn’t set out in life to spend years trying to lead folk like me down the wrong literary path, neither can I see him cackling maniacally over mangled definitions, I doubt there was any malicious intent in his work, just a sheer joy of language and gentle challenge. It’s odd not seeing his name at the top of the puzzle, even odder getting used to someone else’s effort at twisting logic. Over the years I’ve never actually formed an impression of the man, I’ve developed a sort of double standard of character judgement for him. In the event of a real stinker, if I can’t solve he becomes a ‘duplicitous old sod’, if I do crack it he morphs into a grudgingly respected ‘cunning bugger’, like any friend capable of irritating one minute and amusing the next.

My feelings about the hereafter are pretty ambivalent as you know, but if it’s up there, the good Reverend will be too, if God likes cryptics, he’ll have an ideal guest.

One Comment on “Across But Not Down by Trevor Plumbly”