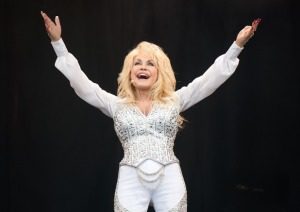 Some pop concerts are getting about as exciting as a sing-along round the piano at a rest home. Problem is, that most people my age saw these guys when they could really strut their stuff, along with us, of course. The vision of me and the Missus clutching Zimmer frames and belting out ‘I Can’t Get No Satisfaction’ is not one to dwell on, which begs the question, why do they bother? They can’t possibly need the money and without any intentional cruelty, most of them are long past the ability of indulging themselves in the time-honoured pastime of pulling groupies. In fairness, a few actually do defy the ageing process, but there’s an air of sadness about the rest, a bit like an elderly boxer still trying to punch his weight. What prompted this particular blog was the recent screening of the Glastonbury music festival.

It’s only rock and roll

To my jaundiced eye, Glastonbury has become a sort of elephants’ graveyard for those who once glittered. I watched Elvis Costello croaking out ‘Oliver’s Army’ with all the verve of a defeated Cavalier, and instantly felt that the rest home sing-along might have some musical merit after all. Kenny Rogers ran out of steam a bit and ended his slot singing ‘The Gambler’ as if he’d been dealt a losing hand.

No-one it seems escapes Glastonbury, it draws them like a Mecca for the last hurrah, mercifully we’ve been spared Cliff Richard and Boy George, but even the Rolling Stones, appear to be creaking a bit. Keith Richards, who in all honesty never looked the picture of health, appears more suited to a career in zombie movies than lead guitar. ‘Jumping Jack Flash’ himself is showing signs of wear and tear, the sheer stage presence, the strut and arrogance have just about faded into an arthritic stroll. Okay, he’s 70 odd but I can’t help thinking of a favourite teddy bear with its arm torn off.

It’s all over now…

At least not for some. Paul Simon’s performance produced everything you could wish for, great songs with no over ambitious vocals, delivered by a total professional. Leonard Cohen would scarcely qualify for choral duty anywhere, but the incredible lyrics delivered in a gravelly monotone are almost mesmerising, he’s also got the nous to restrict his voice and body movements to achievable levels. But Dolly Parton takes the biscuit as a stage performer. She’s got it all! Exaggerated glitter that shrieks superstar and a repertoire that ranges from believable mawkish sentiment to hoedown country. Add to that a conviction that the audience is in love with her, and she’s perfectly entitled to it.

We’re not destined for the rest home in the foreseeable future, but as ever I’m taking a forward view, let’s face it, if these old geezers can still churn it out for piles of loot, surely me and the Missus can knock up a couple of numbers for the Sunday tea concert. I rather think that ‘Bridge over Troubled Water’ might be a gentle start, with something a bit more raunchy to wind up, perhaps, ‘Proud Mary’, a la Ike and Tina Turner? I haven’t broached this with herself yet, I’ll probably wait until we actually enter the home before suggesting any rehearsals, and unlike a few ageing rockers, the wisdom of recognising my own boundaries hasn’t deserted me yet.