Back To School by Trevor Plumbly 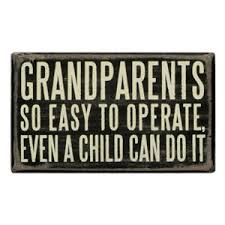 There’s a place for us

I’ve come to the conclusion that an element of cultured cunning is an essential part of the modern school teacher’s armoury and at last I’ve been proved right. Today was ‘Grandparents day,’ pardon my cynicism but I hail from a different time and social strata than the current crop. Relatives weren’t welcome in school grounds in my day, a visit meant that, (a) deep trouble was on its way, or, (b) they were checking the scrap metal value of the lead on the roof. Either way a low profile was the healthiest option for all the family. Not so today I discovered, even the oldies get treated like royalty, proudly paraded by the grandkids before being ushered into the state of the art library to learn, (discreetly of course), that any donations would be welcomed.

It’s just all too bloody civilised for this old brain to take on board, these kids actually look as if they’re enjoying themselves. They don’t even have classrooms, the new breed sit in ‘Innovative Learning Experience’ areas, where touchscreen TV’s vie with electronic wallboards among sofas and beanbags for the weary. Call me a grumpy old git if you will, but large bits of the place seemed more like a four star motel than a real school. Punishment doesn’t exist in this wonderland, despite the fact that like poverty, ratbag kids are always with us. Uneasily I felt that most of staff appeared as if they should still be in school rather than running one. The other thing I felt concerned about was that they were so bloody pleasant! How on earth can a kid learn anything from someone they’re not scared of is quite beyond me. Sorry but I’ve got to say it, ‘IN MY DAY’ you went there to learn not to enjoy yourself, all that old cobblers about the best days of your life belonged in  boys adventure books.

Our computers were in our heads and malfunctions were regarded as entirely our fault, and along with flouting the rules, punishable. The  system for this was basic, but effective. Lower level infringements earned lines and detention, next up was ‘class’ caning involving six whacks with a ruler on each outstretched hand. The ultimate earned you ‘assembly caning’ – six of the best on your buttocks with a cane in front of the entire school. Most masters were fairly even about it but a couple I recall had distinct preferences. ‘Basher Bailey’ did not favour detention, he preferred ‘class’ caning with an extra two on each if you attempted to withdraw your hand as much as an inch. ‘Torturer Taylor’ liked to draw things out a bit, after an hour of detention he would scan through the 100 lines you’d been sentenced to and mutter reflectively, ‘Not too happy about numbers 4 and 76, perhaps another 50 of each will tidy things up a bit.’ Thus reluctantly and painfully, we learnt, without the aid of ‘Innovative Learning Experience’ areas. Through cunning leadership, we were force fed a daily diet of measured sadism designed to convert normal boys into clockwork adolescents. Don’t go to grandparents’ day folks, they just make you reflective…and envious.