There’s Something Wrong With Me! By Trevor Plumbly 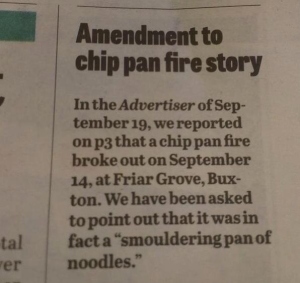 It’s not that I think life is passing me by, more a sense of personal detachment from trivial stuff that others seem to regard as important. The biggest offender in this is still the print media. As I’ve mentioned before, the flood of internet news gathering has made sub-editors and a huge number of working reporters redundant, and this has led to gaps in column space being packed with an increasing amount of mail order, asinine trivia rather than news of any informative value. This week for instance I learned that faded British chefette Nigella Lawson carries liquorice in her luggage, imagine that! This journalistic gem featured in our biggest newspaper and you’d have to wonder what inspired the rag to print it? There was plenty of newsworthy stories here as well as abroad, so why would they bother to trawl the likes of You Tube and Twitter to serve up this meaningless muck?

The beat goes on

The dumbing down process extends to radio these days. At best we get shallow 5 minute exchanges during which neither the host nor the interviewee have sufficient time to offer anything of any depth. Presumably this ‘once over lightly’ approach is intended to stimulate our interest – sorry folks, it doesn’t. Still hugging bottom place is ‘Talkback Radio’. Its attempts to foster serious dialogue belong more to comedy than reality, but the icing on the cake this week was an hour long exhortation to listeners to phone in and express their views on the merits of tap-dancing in today’s world. Mercifully, few did, politics took over this little snippet and I actually felt a sort of relief when the rednecks, nutters and conspiracy theorists reclaimed the phone lines. It’s a tiring business this search for news and enlightenment, I’ve considered resorting to popular magazines but what shreds of my sanity left is worth hoarding, at least to me.

Publish and be dammed

So I’m back to the papers again. Today’s offerings include ‘Baby Kardashian Has A Name.’ I quite like the odd bit of stupidity, but that one really left me stranded. There was a piece on a possible site for a reality TV show but the site wasn’t confirmed or identified and I wondered why they thought it was important for me to read about it.

Let’s get real and bring back the pin-up-girl and in the interest of gender equality, why not the pin-up-bloke too? ‘Steroids Meet Silicone’, that sort of thing. In the current PC climate I know it would be deemed insensitive, I also know it ain’t gonna happen, but allow me, at least, to dream of being able to open a paper and glance at crap, rather than be required to read it.

2 Comments on “There’s Something Wrong With Me! By Trevor Plumbly”