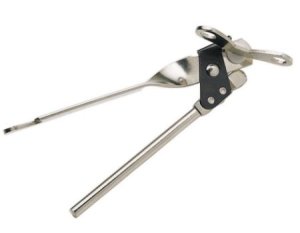 As I’ve said before, it’s an odd time for me, between the gathering, the going and the silence that follows. Since I don’t travel well, the going away only affects me at one remove. This I regard as something of a blessing as I find the chorus cataloguing the essentials along with the main verse of ‘have I packed???’ is best left to one person if sanity and matrimonial harmony are to be preserved. After the departure, with a few ‘don’t forget to’s’ still rattling around the old brain, I knuckle down to organising my essentials. We blindies, like all good soldiers, know that order is the key to a stress free environment and when there’s no-one to answer to the daily ‘have you seen?’ questions, six days of independent living ain’t the easily achieved private party it used to be. After once spending fifteen minutes searching for a tin opener, I’ve discovered that necessities can be bloody elusive things if you don’t stick to a system.

The morning of day one is devoted to organising, rather than wallowing, in the joys of nothingness. Learning from the tin opener incident, I’ve found that essential items must be ready to hand; thus the corkscrew, tin-opener, bread knife and other sharp knives are aligned by the breadboard. Putting them away only adds complications because our kitchen drawers are stuffed with all sorts of funny gear I have absolutely no use for. I belong to that time-honoured group of blokes that they invented tinned food for; I treat food in much the same way a stoker regards coal: it’s just something to shovel in to keep the engine running. I have tried to master the microwave but, as with all gadgets, it won hands down; the instructions on the packet were too small to read so I just kept jabbing buttons until it smelled ready to eat. On retrieval, I discovered that the container had sort of folded into itself with the heat and when I eventually hacked through, the contents were more consistent with petrified road kill than the promised ‘gourmet lasagne’.

It might be an overdose of violin concertos or a dwindling supply of edible instant food, but things are beginning to pall a little. Routine, I’ve discovered, looks great in the planning stage, but it gets boring on a daily basis, to the extent that I’m starting to look forward to doing the ‘don’t forgets’. New Year’s Eve fever may well bubble for the Scots and those under 50, but I prefer to retire at 8-00pm. Nevertheless, ‘Mon Repos’ will still host a party of sorts. No telly of course: one of the benefits of blindness is that you can’t actually see the endless drivel shown during the holiday period. After a dinner of Westwood’s Pork Pie followed by rather too much Stilton, with Heifetz in the background, I shall sit, lubricating gently with a couple of glasses of Malbec whilst nibbling away at a box of Cadbury’s. As is my wont at this time, I shall probably reflect on the good and bad days gone and try to make sense of those to come; when I’ve exhausted the futility of that, I’ll bugger off to bed. That’s the trouble with holidays: not having enough to do leaves far too much time for introspection.