Isn’t it time we all had a bit of a rethink? Blokes that is. Ange’s piece on the suffragettes highlighted the historical injustices inflicted on women by the so-called civilised society of the day, but I wonder if things have changed that much. I’m more inclined to suspect that the blokes have just got better at polishing the facade.

In America (I hate using that country as an example for anything, but you’ll just have to bear with me on this one), you have three main contenders for the presidential race: a seemingly unstable racist bigot, a gun wielding bible basher and a former first lady with a strong political background and an entrée to international political circles. The fact that the first two are considered candidate material is laughable, but at the same time it is somewhat scary when gender seems to provide the reason to lower the woman contender to the same level of acceptance as two sugar-coated extremists. I can’t help wondering if perhaps, rather than entreating God’s blessing, America should be asking for his help.

Three’s not a Crowd…. 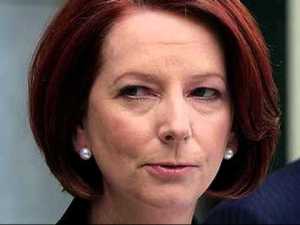 …sadly, but a few have shaken the male complacency over the years: Margaret Thatcher made an enormous impact on the British old boys’ network, justifiably earning the nickname ‘TINA’ by trumpeting ‘There Is No Alternative!’ (There wasn’t.) An attack-dog politician, she treated the House of Commons as if she owned it, and for many years she did. NZ’s Helen Clark had much the same success down here in, using strategy rather than strikers and is now a front runner in the United Nations. It’s hard to add any more to Angela Merkel’s CV; this extraordinary woman continues to play a predominant part in the machinations of European politics by confronting, rather than evading, the social and humanitarian issues the EU faces. Some did fall on stony ground though, notably Julia Gillard; it seems they breed their blokes a bit tougher in that chauvinistic Eden and it only took them a couple of years to ‘shift the Sheila’, so to speak. Apparently something dodgy in her past caused the mainly male pack to turn rabid. Weird really isn’t it: countless leading figures in that country’s history have ignored the law in one form or another and been eased into folklore and ‘likeable rogue’ status for their efforts, but when a woman didn’t quite fit the bill, the rush to dump her was almost indecent.

I can’t recall any of those women ever using the convenience of the feminist banner to hide behind, or to advance a cause, which in itself is quite astonishing given the history of male dominated politics they all faced. Add to that the fact that an unhealthy slice of any audience would be more likely to pay as much attention to what they were wearing as to the content of their statements, indication enough surely, that there’s still a fair way to go. It’s refreshing that those early struggles are being more honestly documented, but that’s just not enough. In far too many countries women are denied the right of education and choice. In other ‘developed’ countries middle management in either politics or commerce is the best most of the fortunate can hope for, while the unlucky ones stay equally trapped by menial and lowly paid jobs. ‘Ministry for Women’ promises a lot, but that’s about all: until they attack sexism, however benign, remove the ‘begging bowl’ funding policy for Women’s Refuge and Rape Crisis and ensure that a Protection Order does actually protect, what progress has been made won’t really count for much.

← Napier: Art Deco Capital of the World by Angela Caldin
Death – Coming Soon (but hopefully not too soon) by Emily Smart →