Food Waste and Food Poverty: a Metaphor for our Times by Angela Caldin

Have you noticed how sometimes in life one good thing leads on to another equally good? Here’s an example: when we were moving house a few weeks ago, I had an interesting time orchestrating a massive decluttering operation using the local Freecycle group. All kinds of people, young, old, needy and not so needy came to our door to take away items ranging from chests of drawers to mirrors to kitchen appliances and nearly all of them had a tale to tell (first good thing). The enthusiastic young woman who came in a van to pick up our two drawer filing cabinet explained that she was setting up a charity in West London called The Felix Project to collect unwanted food from supermarkets and deliver it to projects which feed the homeless and those short of food. That seemed to me to be a brilliant idea and I was glad to see the filing cabinet go off to such a worthy cause (second good thing).

I’ve been in touch with her since and through her I’ve learnt that our supermarkets and the food industry throw away more than four million tonnes of food each year, while many people up and down the country don’t get enough to eat and many eat no fresh food at all. Supermarkets send good, fresh food, which is about to reach its (often artificial) sell-by date, to landfill. Some try to prevent foragers and dumpster-divers from collecting it by drenching it in bleach. As the cost of living rises and levels of waste increase, skipping or dumpster-diving (taking unwanted food from supermarket rubbish bins) is on the rise in Britain. The practice is technically illegal, and while some do it as a moral statement or protest against capitalism and waste, others simply cannot afford to buy enough to eat.

It doesn’t make sense does it? Firstly, that waste on such a scale is allowed and secondly that such food poverty still exists in a country as rich as ours. The French recently passed legislation that prevents supermarkets from throwing away or spoiling unsold food but we are some way behind that in the UK, although we dump more food than any other country in the EU.

How The Felix Project Works

With an initial arrangement to collect fruit, vegetable, dairy products and bread from Asda, Waitrose and Booker, The Felix Project is now delivering food daily to selected local partner charities which have committed to prepare fresh and healthy meals for the people they serve. The project focusses on good-quality, fresh food, working as an intermediary between supermarkets and charities, rather than directly with consumers, in order to maximise their impact. There is no charge to either their charity partners or their food suppliers, but they seek the active collaboration of the big supermarkets and the commitment of charities to prepare fresh meals regularly. 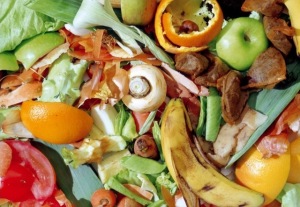 It came as a shock to discover that this wastage by supermarkets is just the tip of the iceberg: the largest proportion of discarded food comes from households. Research has shown that British households throw away about 7m tonnes of food a year, enough to fill London’s Wembley stadium nine times over. Despite the pressure on supermarkets, reducing waste in the home is the easiest way to limit food waste, according to campaigners. The Love Food Hate Waste campaign urges households to take simple steps to make sure less of their food (and money) ends up in the bin, including only buying what is needed, improving the storage of food and planning meals in advance.

Clearly, reducing household waste has no direct benefit for those who are desperate for food, unless people donate the money they have saved by shopping more frugally to a suitable charity. And if supermarkets got organised so as to generate less waste, that would deprive the partners that The Felix Project is trying to help of surplus food and drink.

It’s a conundrum, as Emily would say: food goes to waste while adults and children go hungry. Which should we be tackling, the waste or the poverty? Both, of course. It’s a metaphor too for the widening gap that exists between rich and poor where those at the top seem to have little idea about the life of those at the bottom.

2 Comments on “Food Waste and Food Poverty: a Metaphor for our Times by Angela Caldin”