Wallace Stevens* or Nothing by Trevor Plumbly 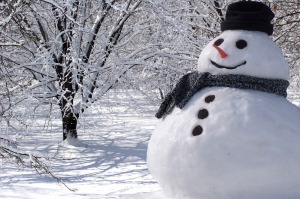 Relaxation is important and I’m reliably informed by wiser heads that doing nothing is a vital part of taking things easy and indeed it could enhance longevity.

I’m always in for a few extra years so I thought I’d dig a bit deeper to see if there was an easy path to delay the last ride in the box. However, I’ve discovered, courtesy of Mr Stevens, that unless you’re a snowman it’s bloody hard to do nothing, though I’ve known some who thought doing nothing was a worthwhile career in life. Problem is, I’ve got a sort of gypsy mind that won’t sit still, so I have to concentrate on doing nothing which sort of defeats the exercise. So it occurred to me that to extract any value from it I need a deeper understanding. But I discovered that even nothing experts find it tough to put it in a language I could understand.

Nothing that is There 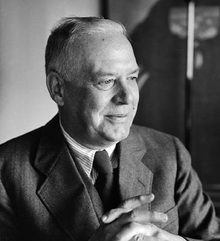 Sure they write about it lots, but even old Wally fails to present an easily navigated path, but I guess poets are a bit like that. Some folk go to extremes to find some sort of nothingness: drugs, booze, even religion based trance. I tried transcendental meditation once but found myself constantly hoping the phone would ring to break the monotony. That mental experiment left me with a feeling of acute inadequacy – some of those guru blokes spend years gazing at their navels with perfectly blank minds and I couldn’t manage five bloody minutes.

And the Nothing that is Not

Following my adolescent efforts to win over that cold hearted little tart Carol, I’ve been reluctant to pen any further verse, but after reading some of this modern stuff, I’m beginning to think it might be a bit of an earner. It’s not like it was in

Alf Tennyson’s day; you don’t exactly have to rhyme things or even reach conclusions, these days you just have to be minimal and obscure. I won’t discuss my work after publication, there are loads of academic dreamers out there seeking hidden meanings in literature and it’s a fair bet that a few will interpret my words for the public. They get to be called ‘insightful’; I achieve poetical status and make a few bob, win-win I say! I haven’t actually started writing yet but once I get cracking my first collection should be ready for release in a couple of weeks. In the meantime I’m concentrating on nothing in the hope that the muse will occupy the space left by the more mundane thoughts. Love from inner space, Trev.

*Wallace Stevens, 1879 –1955) was an American Modernist poet. He was born in Reading, Pennsylvania, educated at Harvard and then New York Law School. He spent most of his life working as an executive for an insurance company in Hartford, Connecticut. He won the Pulitzer Prize for Poetry for his Collected Poems in 1955. His work was meditative and philosophical and he was very much a poet of ideas.

Some of his best-known poems include “Anecdote of the Jar”, “Disillusionment of Ten O’Clock”, “The Emperor of Ice-Cream”, “The Idea of Order at Key West”, “Sunday Morning”, “The Snow Man” and “Thirteen Ways of Looking at a Blackbird”.