Another gold rush by Trevor Plumbly

The four yearly international gathering for the brightest and best to wave their flags and weep over a few bits of shiny metal is just about over.

That a city like Rio, so plagued with poverty and all its unpleasant side issues, should be picked for this sporting love fest indicates that the International Olympic Committee have little conception or concern for the economic and social impact of hosting these huge events. Since ‘Hitler’s Olympics’, the games have been marred by elitism, racism, terrorism and, more recently, drug induced cheating, while those charged with protecting the games’ integrity seem either disinclined or powerless to stop the rot. 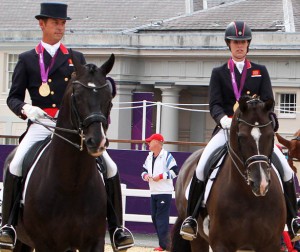 It amazes me that in a country like NZ, which touts itself as ‘Godzone’ in terms of equal opportunity, sport should reach an almost religious status. Our daily news leads with the gosh-gasp of winning another medal, before moving on to matters of real concern. As I’ve said before, I’m not anti-sport, but I am anti-elitism and waste. I fail to see any social benefit in shipping horses, riders, trainers and grooms halfway round the world to perform in an event restricted to the privileged and wealthy. It doesn’t end there: we now need a ‘high performance sport’ budget to feed the industry, along with a few therapists and sports psychologists to keep these demi-gods focussed. Looking back, I wonder if the likes of Jesse Owens and Peter Snell offered a better example to those without the talent or opportunity to shine.

If these ‘games’ hope to regain any of their original intent and integrity, they desperately need some form of restructure. First of all a permanent home: Athens is the logical choice as it is geographically central. Opening and closing ceremonies would become meaningful rather than propaganda exercises. Athens would provide a truly international base and its facilities could be built with a view to permanent use. Recent Olympics have left a trail of unusable stadiums and junk-built villages in their wake; whole city areas have been ‘cleansed’ of people the politicians deem unsavoury, but, when it’s all over, the homeless and hungry will still be there. Redistributing funds saved from cutting the razzle-dazzle won’t solve their problems but at least they’ll be put to a better use than fireworks for foreigners. It’s not all gloom though, next up are the Paralympics and I’ll cheer them any day of the week; they represent what these games should be about: determination, courage and, win or lose, the simple joy of being able to take part.

4 Comments on “Another gold rush by Trevor Plumbly”