If you’d reached your three score years and ten, plus another five, how do you think you might celebrate reaching this milestone in life? The average age of death in the UK is 82 years, so at 75 you really haven’t got that many birthdays to go. Would you splash out on a big do, or would you be content with a smaller affair with family and close friends?

I asked around the whanau and this is what they came up with:

I couldn’t help feeling that these ideas were a bit tame. What about going on a cruise, 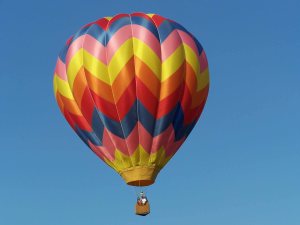 or hiring a karaoke machine to sing all those great 60s hits? How about doing a parachute jump or taking a trip in a hot air balloon? If the pension pots had come up trumps, what about taking the whole family to a resort on Fiji, or jetting off to Iceland to see the Northern Lights? The possibilities seem endless depending on your hobbies, your long held ambitions and your temperament. 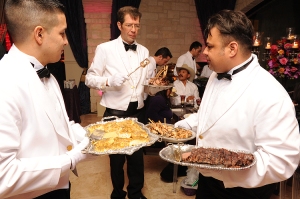 that I must get myself over from the UK in time for what she assured me would be a ‘big bash’ to celebrate the event. I was full of excitement, imagining an elegantly decorated room somewhere with handsome waiters carrying dainty morsels up aloft on silver trays. As night fell, the band would strike up and we would dance by candlelight until dawn in company with Trevor’s artistic and intelligent friends. The reality was somewhat different. Trevor had injured his back and was in no mood for parties – the celebration would consist of a dinner with three guests. So it was that five of us: Trevor, Pam, Emily, Susan and I assembled at Trevor and Pam’s house and sat around the table to consume the most varied and bizarre meal of my whole life.

There was a small white bowl of gigantic prawns whose black eyes were popping accusingly and whose long whiskers reached over the side of the bowl into the neighbouring dish. There was beef tataki, shown the inside of a frying pan for no more than a nanosecond, to be sprinkled from the most gigantic bottle of soy sauce known to humanity. There was a portion of salmon, two large vegan sausage rolls (an oxymoron, I know, but I can’t think how else to describe them), a small pear and onion tart, a portion of beetroot salad (from Faro, as Pam kept telling us), a huge bowl of new

potatoes, a lettuce and egg salad and a last minute fry-up of pak choi which Pam had felt compelled to buy at a rather dubious street market. This hedonistic feast was followed by bread and cheese and clusters of crunchy chocolate.

Whether it was the combination of foods or the wine and beer that flowed, it’s fair to say that the conversation spurted hither and thither like white water rapids. We ranged over the life and times of Cliff Richard, the housing market in Auckland, what constitutes conventionality and the Paralympic games. Someone remembered the event in which a blind person competes in a race guided by a sighted person and it struck us that this was an event in which Trevor and Emily could participate. Trevor is blind, tall and gangly while Emily is small and rotund, so the image of them galumphing and/or loping round the track was too much and hysteria set in.

Susan summed up the whole event with her usual clarity: ‘That was one of the weirdest dinners I have ever had, but also one of the most enjoyable.’ The moral of the story? Do whatever you want for your 75th birthday if you’re lucky enough to get there.