I’ve always held the view that NZ has an almost benign attitude towards blokey-type violence, but now it’s official! Statistics show we’re right up there with the major players when it comes to domestic punch-ups. 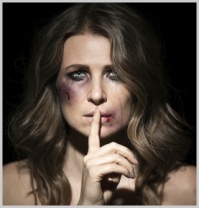 That’s pretty amazing really, maybe we should add home bullying to the list of ‘we’re just a small country’ plaudits that we roll out for sporting success. Along with Women’s Refuge, Shine and Rape Crisis there must be dozens of underfunded semi-official agencies operating purely as a safety net for those desperate or brave enough to escape abuse. Sadly though, that’s just the beginning of the journey for them. 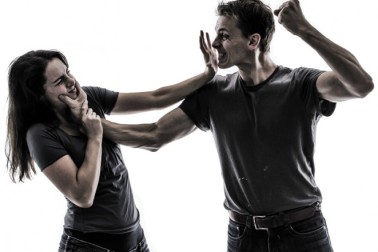 These women, literally used as punch-bags to absorb the inadequacies and anger of those ironically labelled as ‘partners’, don’t walk away with much in the way of assets. A ‘fresh start’ sounds nice and positive, but try that with young children to care for, years of emotional and physical abuse to repair, benefit dependence, little job training or prospects and living in a shelter which, whilst being safe, is still only temporary. It seems to me that, apart from the good souls left to apply bandages; those with the power to have any real impact are content to direct their energy into pondering strategies. Despite having a Minister for Women’s Affairs and all sorts of committees creating nebulous solutions and hordes of psychological consultants rummaging around for the cause, the abuse figures continue to rise. In addition, the Minister should be constantly reminded that those figures only represent reported cases.

With all due respect to the ‘experts’, I don’t care if the offenders had a tough childhood; so did I, but I don’t hit women and children! Nor do I place any practical value in trolling out comfort clichés like ‘breaking the cycle’. It’s a sickening problem and it’s growing; obviously the caring, guilt trip-cure isn’t working so maybe it’s time to stop making excuses. Let’s get a bit tougher with this sort of violence and punish it accordingly. Make restraining orders meaningful by treating breaches as a serious crime rather than ‘domestic incidents’. Why can’t we fund an efficient ‘pathway’ project to provide practical help and guidance for women desperately needing a ‘new start’. To be fair, male dominance is not just a Kiwi bloke thing, we import it as well: recent reports show that young women are still being forced into arranged marriages. That again requires urgent intervention and must be treated as slavery rather than frowned on as a cultural oddity. Put simply, women and children are the easiest targets for these half-baked Hitlers and their efforts at bullying and cultural coercion. Women and their vulnerable children deserve better protection than the hand-wringing politicians and antiquated laws currently provide.