A pain in the ass by Trevor Plumbly

Well, it was more a case of missing it: I strolled onto the porch, radio in hand, and distracted perhaps by Wagnerian outpourings, reached down to slow my descent and realised, too late, that I’d assumed my right hand was clutching the right arm of the chair – it wasn’t! 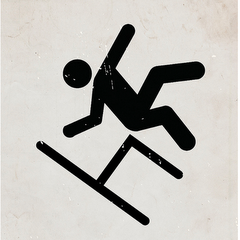 I’ve made all sorts of stupid assumptions with the increased sight loss, but missing a chair altogether ranks pretty high. My stoic chorus of, ‘Of course I’ll be OK’ and ‘Don’t fuss, I can manage!’ was suddenly reduced to slapstick. Anyway, down I went, accompanied by the radio, and after a couple of well-merited expletives, took stock. Wagner survived the fall, while I, sad to relate, got a sort of whiplash crack on the head and what later turned out to be half a Latin dictionary’s worth of back trouble.

Three score and then

Ageing is not a forgiving process, especially where bumps and bruises are

concerned; these days it seems that physical injuries get stored, then dealt out slowly in daily dollops of discomfort. I discovered this somewhat obvious medical fact several days after Wagner and the bloody chair scuppered me. I was doing my stint for a street collection day; I quite enjoy this form of charitable extortion as it makes me feel rather like a benevolent Dick Turpin. But this time, halfway through the exercise, I found it painful to continue standing, which, in turn, converted my carefully rehearsed grateful smile into a sort of Lon Chaney snarl which affected donors’ willingness to approach. It was obvious that professional help was needed. 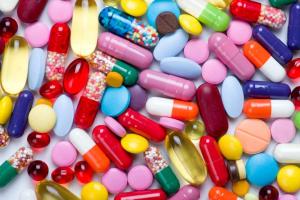 The path to professional aid was tricky. At first, I was beginning to think I was involved in some sort of medical chain letter: the doctor decided I needed painkillers and then a specialist decided I needed lots more tablets, an MRI scan and a bone density test. Having an MRI is scary: they put you into this tube/capsule thingy for about twenty minutes, leaving you to feel a bit like an astronaut. On receiving the results of playing human toothpaste, I was able to identify my name at the top and bottom but in between was a mass of Latin, sprinkled with what appeared to be cryptograms. After several failed attempts, I still can’t decide whether I’ve got age-induced dyslexia or serious back problems. In the meantime, I’ve dumped Wagner for Leonard Cohen – he knew where it’s at when he wrote, ‘I ache in the places I used to play.’ Well said Len; if you need any tablets mate, yell out! I’ve got plenty.

2 Comments on “A pain in the ass by Trevor Plumbly”