I prefer to avoid movies; they’re a bit like self-punishment, whereas verbal pictures are more real to us ‘blindies’ than a grey screen. But every now and then there’s an ‘I wish I’d gone to that picture’ moment. From radio reviews and comments from those that did see it, ‘I Daniel Blake’ would have been well worth the effort and frustration of ‘viewing’. 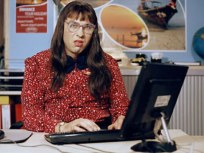 I won’t re-visit the plot, but will hopefully underline its message. The growing trend of increasing the electronic and bureaucratic barriers between the general public and those elected and employed to serve us, plus the increasing requirement for numerical identification is pretty scary. Such depersonalisation may well suit military or prison purposes, but it offers little to basic human interaction in the ‘real’ world.

She said my call was important, and ‘please hold’… 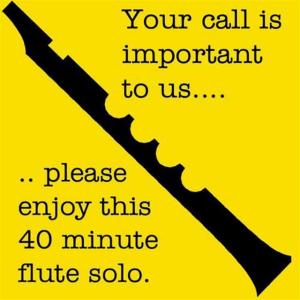 But nobody answered the phone. Sadly the only alternative to outlasting this form of telephonic torture is to go ‘online’ and join the ‘non-people’. ‘Non-people’ are the bastard offspring of IT, permanently reliant on portable devices to provide electronic breath for the journey between computers and protection from the threat of human contact. Despite a largely wretched childhood, I learned to enjoy a respect for language and communication, both of which, I sincerely hope, I helped to pass on. That world, like the real one, was full of joy and despair, with bits of anger, frustration, outrage and love. All of which had to be absorbed, used or discarded for educational and emotional growth. Try as I might, I simply cannot accept that any battery operated brain could provide a better coping method than human experience. 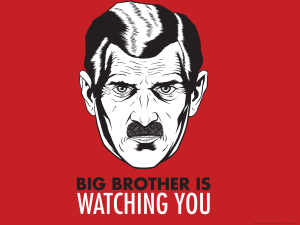 With some cynicism, I can tolerate online banking, shopping, news etc, but we should all be wary of the increasing use of online methods by social welfare agencies. With the poverty gap and an ageing population, welfare and health agencies are often a necessary hurdle facing those struggling to cope with poor health, inadequate housing and the basic social needs most of us accept as a right. Any caring person would view the process of claiming help as intensely personal and often humbling, both of which feelings simply don’t compute. Instead of ‘upskilling’ or ‘retraining’ social welfare staff, wouldn’t it add to their level of understanding if they were required, one day a week to meet with their clients without the aid of a computer and a ‘how to’ manual. It mightn’t solve the increasing need, but at least it could close the electronic gap just a bit. George, you were right! ‘Big Brother is Watching’; he’s just not much help to those who need it.

← A dog in my life by Angela Caldin
Self-publish and be damned! By Emily Smart →