Never mind the pain, feel the paperwork by Trevor Plumbly 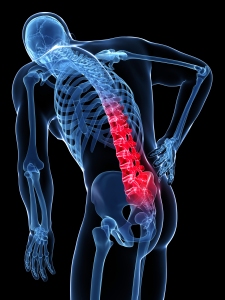 Getting there was tough, but finally I was IN! Mind blowing nerve pain was now a matter for learned diagnosis rather than a fistful of Panadol. The cognoscenti were confident that the steroid jab was the way to go; sadly it wasn’t and after two stabs at it, my no-nonsense specialist consulted a surgeon and whoopee I was ‘booked’ for surgery!

We counted the days, me anticipating a life not restricted to bed, chair and a blitz of medication and Pam perhaps hoping for the return of a partner whose conversational responses went beyond pained grunts. Much thought went into packing: visual aids, the cellphone that I can’t use properly, socks (I’ve got a thing about bare feet), briefs for under the pyjamas (I’m a patient not a flasher, I might be ill but it’s still important to maintain one’s personal standards).

My entry should have warned me of hard times to come. My wheelchair, like its passenger, had seen far better days, but, surprisingly it made it to the ward without shedding vital bits. My bed, I discovered, had been designed by a midget with an envy problem: it could do all sorts of stuff except allow me to stretch full length or promote rest. Night became a battle with me fighting for sleep against a razor thin mattress determined to prevent it (the bed won) and I was pleased with the 5-30am visit to get ready for the 7-00am surgery. It must be tough to smile that early, 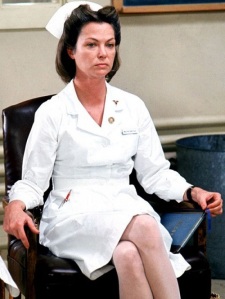 whilst helping a pain riddled old geezer in and out of the shower, but she managed it. I discovered that there are only two types of hospital folk: type A are the real deal, sincerely caring and prepared to apologise for everything from a needle jab to the colour of the tea while type B is ‘Thatcherish’, with an ill-concealed ‘Man up!’ underbelly. I try to avoid type B. Anyway, about 6-45am a type A glided up to the bed and announced, apologetically of course, that my surgery was delayed until 1-00pm.

Pick up thy bed and walk 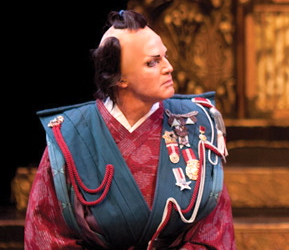 Pooh-Bah is a character in Gilbert and Sullivan’s The Mikado. In this comic opera, Pooh-Bah holds numerous exalted offices, including “First Lord of the Treasury, Lord Chief Justice, Commander-in-Chief, Lord High Admiral…

At 12-15pm a nervous young man approached, introduced himself as a medical student and would I mind if he put the IV needle in my arm. Mind! I was so zipped I would have let Hannibal Lecter stick things in me; he had two shots at it and missed the vein both times, before passing it to a steadier hand. He did however leave a trail of bruised flesh that lent a visual interpretation to ‘drawing blood’. In a flurry of activity we were outside the theatre, everyone tightly laced, those not ticking chart-boards were muttering into cellphones or pagers, then, a hush, HE approached, obviously a B type Pooh-Bah and in clipped tones, announced that my surgery was postponed till next week. After some discussion, the system shutters were lowered and I retired from the field. You can’t reason with the system, its life’s umbrella for the inadequate. The system grants refugee status to all its minions regardless of rank or severity of cock-up, some of them even get a dangly thing from the Queen.

Home is the haunted

I’m writing this on Saturday 10 December, five days before the next ‘The Day’ on Wednesday 14 December. It’s got tougher to walk, so I’ve had to abandon the Quasimodo crouching shuffle for a nifty alloy walking frame. They’ve added Morphine to the pharmaceutical pile and I think it’s working (junky, me?). Anyway, after a thoroughly depressing few weeks, I’ve re-read Ange’s blog and the comments and I’m now mentally fit for the next battle. I’ve got my blog and blindy mates on the case, a daughter-in-law who can chew nails when roused and a partner, who in our 45 years of marriage, has never watered down her willingness to scrap for a just cause. If push comes to shove I reckon we could give ‘the system’ a bit of a kicking next week. Thanks all, I’ll keep you posted, Trev.

Hot news from the hospital

Trevor has had his operation which seems to have been a great success. He is out of pain and there’s talk of sending him home very soon. He’s tap dancing down the hospital corridors and somersaulting over his bed as a result.

One Comment on “Never mind the pain, feel the paperwork by Trevor Plumbly”