Mother was never short of Cockney wisdom and had a basic distrust of excess, especially when it came to language; anyone spouting to impress would be loudly accused of ‘swallowing a bloody dictionary’.

She dismissed any politician with ‘just vote for the bugger and hope he shuts up! Salesmen fared worse by being cast as ‘all mouth and no trousers’. She would, I feel, have been ill-equipped for today’s language; anyone spouting the obscure would be called upon for a simple translation, then told ‘if that’s what you meant, why didn’t you bloody well say so to start with?’ Like her, I find double-speak a problem, but tend to see the funny side rather than declare war.

I don’t go to many meetings these days, but those I do attend seem to have been hijacked by corporate-speaking folk, flaunting newly minted Americanisms and hyphenated job titles. Like the f*** bomb the word simplicity is never uttered, the rostrum is occupied by a stream of oral conjurers dribbling out verbal mysteries. It’s not a good thing to interrupt these creatures; that just turns things into an oral base line rally. The best thing to do is sit back and marvel at their ability to say so much and communicate so little. Mother was right about most things, but her view that ‘listeners learn more than talkers’ is pretty much arguable these days.

The object of the exercise seems to be to conquer by confusion: this is usually achieved in the preamble, so it’s best to sit back and marvel at just how much torture plain English can undergo. Basic things can achieve a complex grandiosity in 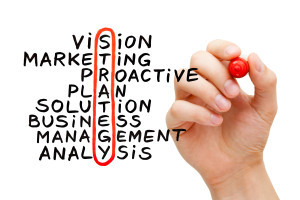 these hands: at a recent meeting one speaker mentioned the importance of ‘the strategic plan’, which struck me as a bit repetitive – a strategy’s a plan isn’t it?  Another, more cunning, spoke of ‘pursuing the creative path’, but failed to provide directions. Yet a third decided to put the boot in by urging us towards ’empowerment’ and to focus on the importance of our ‘personal narrative’. After some time, I lapsed into a sort of executive induced stupor. Roused by a smattering of polite applause, I struggled to find a profit or prophet in the team building sermons, speeches morphed into presentations and even the humble secretary basked in the glow of executive assistant, it was all too much for a back street kid, and once again I emerged, mentally punch-drunk, struggling how to assess the proceedings, before settling on a cross-breed of bemusing and confusing. Mother, as usual, would have had words for it: ‘A right sods’ opera!’