He was a good boy by Trevor Plumbly

When the stuff hits the legal fan, very few mothers, it seems, have rotten kids. Regardless of what some of their offspring stoop to, mum frequently steps up to the plate to defend or offer excuses.

It’s a time honoured thing and where minor misdemeanours are concerned, perfectly acceptable, but when it gets applied to serial offenders, I wonder if it’s time to regard crocodile tears as just that. At charitable best, they may well be the expression of years of hopelessness or the final acknowledgement of a long ignored wake-up call. The presumption of innocence is a well-accepted part of our judicial system, but we seem to struggle with how to cope with conviction of guilt. 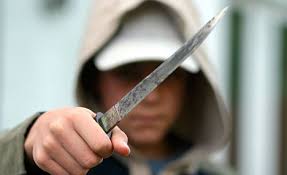 Australia’s much criticised policy of deporting offenders back to their own country has of course attracted a huge amount of legal and social debate. First let me reiterate that the use of internment camps is totally unacceptable, but the practice of returning offenders to their home country shows at least that they are in part acknowledging the current system is becoming unworkable. It’s interesting to note that of the 600 odd deported back to New Zealand, a heavy percentage have been responsible for over 800 serious offences since their return, so why on earth should Australia house our criminals? Arguing length of residency is all very well, but they could have applied for full citizenship, or didn’t Oz want them?

For our part, we need to recognise that reforming hardened criminals is more likely to occur from their own desires, and that a paid army of apologists isn’t going to turn too many around. We should instead concentrate the bulk of our resources towards young offenders. Current thinking suggests the principal contributors to youth crime are: lack of parental guidance, unemployment and lack of discipline. Residential youth camps would provide all three: military personnel could be used on a rotation basis to provide basic skills and disciplines, sponsored job training could be offered along with seasonal and emergency employment, plus the offer of a clean sheet on completion of time served which would provide teenage offenders with a clear choice of options for their future. Most burglaries these days are committed by relatively young offenders and it seems that they and their victims are regarded as a minor rather than a growing problem and the average age is disturbingly young; so if Mum and Dad can’t keep Junior on track, maybe it’s time for the system to do it for them.

← Angela’s ABCs – words sometimes confused: flout and flaunt
Nor any drop to drink by Trevor, Angela and Emily. Thoughts on the importance of water →