A remake too far by Angela Caldin

Just when you think things couldn’t get any worse what with satire and reality colliding in the persons of Donald Trump and Sean Spicer, with the delusional Theresa May hell-bent on confrontation with the EU, at the same time asserting that nurses go to food banks for many complex reasons, and with many observers believing that the end of the world is nigh, my son-in-law informs me that a remake has been made of one of the greatest films of all time: Dirty Dancing.

How, I ask myself, can you remake perfection? How can you replace the impeccable Patrick Swayze and the flawless Jennifer Grey, both brilliant dancers and perfectly cast in this romance of a working class dance instructor (Johnny Castle) and a middle class young woman on the brink of a privileged future (Frances Houseman)? I can answer my own question quite simply: you can’t. It’s unthinkable that those immortal lines ‘I carried a watermelon’ and ‘Nobody puts Baby in a corner’ could be uttered by anybody other than the creators of the lead roles. And what about the lifts?  How could anyone else emulate the grace with which Jennifer Grey eventually manages the lift in the water and the effortless ease with which she leaps into Swayze’s wonderfully muscular arms in the final scene? No-one could come close, because those lifts are not easy to achieve unless by people who have a background of dance training as these two had.

Patrick Swayze had just the right amount of gritty roughness with his black clothes and slicked back hair while Jennifer Grey with her mane of curly hair and guileless beauty was a perfect foil to his working class toughness. The supporting actors too look as though they were born to play their roles: Jerry Orbach as Baby’s father portrays pride in his daughter and a reluctance to see her grow up, while Jane Brucker as Baby’s sister, who sees herself as the pretty, more savvy one of the two, gives an unforgettable rendition of the Hula Hana song. And let’s not forget Cynthia Rhodes as Penny Johnson, Johnny Castle’s dance partner, she of the tall willowy body and the amazingly long supple legs. She’s Johnny’s childhood friend, and it’s hard to believe they are not an item because she is so gorgeous as well as an amazing dancer. Hers is the storyline which gives the film its grit because she has a back street abortion – a strand of the plot which the producers were reluctant to embrace, but because of Swayze’s insistence that the film was nothing without it, it was included. 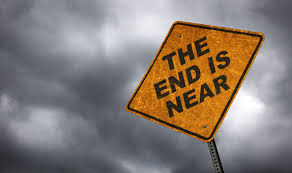 I understand that the new remake takes the audience beyond the joys of the last lift to give us a glimpse of Johnny and Baby in later life. How crass can you get? I don’t need to know what became of them because I want to imagine them dancing, perfectly matched, in each other’s arms until the end of time. Admittedly, that end may not be very far away if the gloom merchants are correct and if Trump and Theresa pursue their collision course with practically everyone, but in the meantime: dance on Patrick and Jennifer, you are bright beacons of beauty in a depressing world.

2 Comments on “A remake too far by Angela Caldin”