My vote, my voice by Angela Caldin

The right to vote, which all adults over 18 in the UK have (apart from prisoners and the mentally incapacitated), embodies the true meaning of equality. The right to vote is not restricted by race, sex, belief, wealth, or social status. This means that your vote and my vote and his vote and her vote all have the same power. It means that even though one vote is one small voice, it still has the power to be heard and all those small voices can come together and make one huge voice. If you look at it this way, every vote really does count and has the power to change. 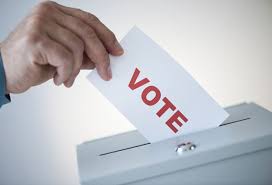 Turnout to vote has been declining in this country of recent years, particularly among the young.  In 2015 it was 66.1% compared to 83.9% in 1950. The result of this is that governments are elected with support from only about 30% of those eligible to vote. What can be done to encourage people to exercise this most precious of rights? In some countries, such as Belgium and Brazil, you can be fined for not voting – this seems rather extreme and would surely be difficult to police, but what other sanctions are there? Perhaps it’s all down once again to education, to start talking in schools about democracy and the power of the individual vote to elect a government that represents our needs.

I live in a marginal constituency in London where the Labour MP, Rupa Huq, has a narrow majority of 274. I want to keep her because she is a great MP, on the side of those in need, not afraid to speak her mind and well qualified to represent a diverse population. I know my view is shared by many; it’s vital therefore that we walk down the road to the polling booth, pick up that stubby little pencil anchored with string and exercise our right to vote. If we don’t, she’ll be out and another Conservative will take her place. Voting Lib Dem or Green, as I sometimes do, will not help her and I have never before felt so strongly how powerful my one single vote can be.

Apart from this local issue, there’s the Labour Manifesto. I find I agree with nearly every proposal: raising taxes on high earners, the City, big businesses, private schools and wealthy individuals who use offshore trusts; prioritising retaining the benefits of the single market and customs union over immigration; repealing the Trade Union Act; creation of a Ministry of Labour; maximum pay ratios of 20/1 in the public sector and for companies bidding for public contracts; ban on zero hours contracts; 10,000 more police officers; building at least 100,000 council and housing association homes a year by the end of the next parliament. On and on it goes: more money for the NHS; £5billion for childcare and early years programmes; £6billion on schools; scrapping of tuition fees; scrapping of the bedroom tax; £2billion for social care; renationalisation of the railways, the Royal Mail and water companies.

All of this is what I want for this country and if I use my vote I’m one step nearer to getting it. And it makes me see Jeremy Corbyn in a different light – as a sincere, honest, decent man who wants the best for the many. It’s time we had such a leader and, if enough of us exercise our right to vote, we might even get one.

2 Comments on “My vote, my voice by Angela Caldin”