Who can keep up with dietary advice? Who can we believe? 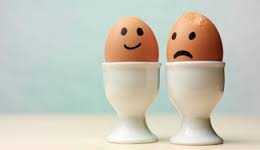 For years we were told eggs were good; then we were told they’re not, and now they’re in favour again.  Butter’s good, then it’s not.  On it goes, until we end up not knowing what on earth we’re supposed to eat, throw up our hands and order another double cheeseburger with bacon.   The latest I’ve heard and, for once, it’s good news, is that eating chocolate is good – yes good!  I’m gobbling it down with a clear conscience before ‘they’ tell me differently.

Can they be trusted?

Most of us are pretty trusting, and whatever we read about food, we mostly take it for granted that the ‘they’ who come out with all this advice, are motivated by a public-spirited attitude of wanting to help us all be healthier.  Advice changes because new information comes out.  Isn’t that what most of us assume?   I always did, until recently I read a pretty shocking article in a top medical journal about sugar.

It revealed that in the 1960s, research was starting to indicate that high sugar consumption was linked to high rates of heart disease. This was not what the top executives of the sugar industry wanted to hear.  A top sugar executive at 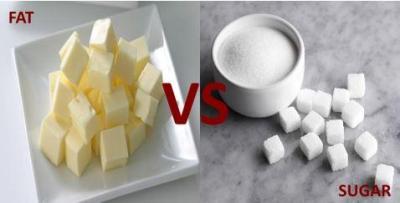 the time, John Hickson, put his mind to it and realised that if people were led to believe that the villain in heart disease was fat, and if they could therefore be persuaded to eat a lower-fat diet — for the sake of their health of course — they would need to replace that fat with something else. America’s per capita sugar consumption could go up by a third.

The battle between sugar and fat

As for those pesky research results pointing the finger at sugar, that was a bit of a problem.  However, every problem has an answer and Hickson’s was to throw money, a lot of money, at this one.  He paid prestigious Harvard scientists to have a closer look at the studies, suggesting that they might look very critically at research that implicated sugar as a problem for hearts, and maybe focus on studies that found the real danger was fat.  And that’s exactly what the scientists did.  After their research was published, the debate about sugar and heart disease died down, and fat became the baddie.

One of the Harvard scientists involved later went on to become the head of nutrition at the US Department of Agriculture where he helped draft the federal government’s dietary guidelines.  Another was the chairperson of Harvard’s nutrition department.  These are top men who have had a huge influence on what we, the public, believe and what we eat.   When we thought we had to avoid fat, many of us turned to low-fat high-sugar foods and look what happened – a huge obesity epidemic.

A campaigner for food truth

A professor of nutrition at New York University, Marion Nestle, recently reminded us that the sugar industry had initiated (and paid for) research “expressly to exonerate sugar as a major risk-factor for coronary heart disease”.  She was quoted as saying, “I think it’s appalling.  You just never see examples that are this blatant.”

We can be grateful to scientists such as Prof Nestle, who make sure the truth comes out.  But can we even now trust that when we read what’s good for us it’s not because some scientist has been paid to say it?  What about my chocolate?  Is it OK or is it not?  Do I want to know?

2 Comments on “Food truths and untruths by Susan Grimsdell”