Posted on September 6, 2017 by talkaholics

Food banks in a developed country by Angela Caldin

There’s a scene in Ken Loach’s brilliant film ‘I Daniel Blake’ when the two lead characters visit a food bank. The young single mother is so desperately hungry that she rips the lid off a tin of tomatoes and scoops out a handful to eat with her bare hand. That image was so shocking to me that it became etched on my mind. I had no idea that there was such frantic hunger in our first world country.

Now I know better because I’ve seen at first hand the hunger experienced by people of all ages, all ethnicities, families, single people, people in work and out of work. I’ve been volunteering with my local food bank for a few weeks now and what I’ve seen is truly shocking. One of the most appalling things is that food banks are such a recent phenomenon, most of them founded in the 21st Century in a first world country.

The food bank where I work is part of The Trussell Trust which was founded in 1997 by Paddy and Carol Henderson while working with street children in Bulgaria at Sofia Central Railway Station. Named for Carol’s mother Betty Trussell from whom they had received a legacy, the couple’s work spread to the United Kingdom after they were contacted by a British mother who was struggling to feed her children. After researching the issue of short-term hunger in the area, Henderson founded the first of the trust’s food banks in the garage and shed of his Salisbury home. In 2004, the UK Foodbank Network was launched teaching churches and communities nationwide how to start their own foodbanks. Non-perishable in-date food is donated by the public at a range of places, such as schools, churches and businesses, as well as supermarket collection points. It is then sorted into boxes by volunteers, to be given to people in need.

The Trussell Trust now operates 1,390 food banks out of its 420 food bank centres across the UK. In 2016-17 it provided 1.2m food parcels to clients, 440,000 of which went to households with children. There are at least 680 more non-Trussell food banks operating in the UK. This means that in less than fifteen years the need for foodbanks has spread like wildfire over the whole country. It is not by any means a coincidence that this spread has coincided with the policies of welfare reform and of austerity pursued by successive governments. 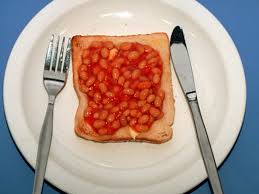 A recent study found that people with a disability or chronic illness who were in receipt of benefits were disproportionately likely to be referred to food banks, as well as lone parents and poorer families with three or more children. These groups, along with asylum seekers, are those hit hardest by welfare reform, such as loss of disability entitlements, increased sanctions, the benefit cap, and reductions in tax credits. Nearly 80% of food bank users suffered from severe and chronic food insecurity, with potentially serious consequences for their health and wellbeing. They were likely to be vulnerable to malnutrition and nutritional deficiency. 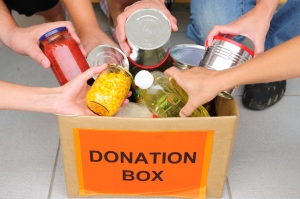 Two in five food bank users were waiting for benefit payments, with the biggest single proportion of these waiting for seven weeks or more. We were told at our food bank that when universal credit is rolled out in our area in a few months’ time, all claimants must wait six weeks for a first payment. Six weeks, think about that. No money coming in, no savings, nothing to fall back on, just the prospect of getting into debt and going hungry. It’s not a cash flow problem or a case of using your credit card, it’s a total disaster whichever way you look at it.

To get food from a food bank, you must be referred by one of the trust’s partner agencies such as your GP, housing association, school, social worker, CAB, Jobcentre. The food provided is usually non-perishable in tins or packets and it is meant to be an emergency measure to get people over the next three days. Compare three days to six weeks and ask yourself what people are meant to do while they wait for all that time. I expect to see more people over the coming months who tell me they have not eaten for two or three days or have skipped meals so that their children can eat.