The campaign of terror by Trevor Plumbly

It’s Election Day in New Zealand on 23 September 2017 and the Labour Party is experiencing something of a renaissance under Jacinda Ardern’s leadership. 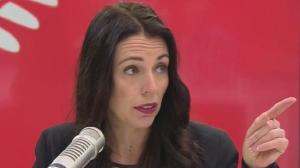 Rise up and talk!

Having somewhat recovered my physical well-being, I have decided, since its election time, to apply my thoughts to social matters, but I’m finding it difficult. It is a wondrous time personally: I have regained human form after lying in a cryogenic-like state for the last political term – suddenly, my opinion matters! I am valued and no longer regarded as the cantankerous old git that can’t see the big picture; in short dear friends, I am a voter! It’s all very confusing! I’m bombarded with promises and threats, constantly greeted by candidates emerging like zombies from the crypt, pleading for political resurrection.

Chats with the undead 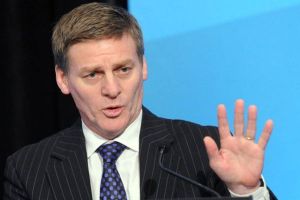 Bill English, leader of the NZ National Party since December 2016

As the day of judgement draws closer, they up their game, replacing the well-worn concerned expression with smiles worthy of $10 lap dancers – I hasten to point out that I have no personal knowledge of any members of that calling or the value they offer, but I reckon that, as with politicians, the benefits beyond the initial cost should be regarded as short term in the extreme. The media, of course, thrive at such times, describing a 1% shift in the polls as ‘significant’, while the 90 minutes of waffle I sat through turned out to be a ‘fiery debate’. To ensure that the bones get picked entirely clean, they enrol highly qualified specialised parasites, so it’s also a joyous time for the economists, social and political commentators, who’ve been waiting in the wings for years to gain some credibility. Interestingly, while the media ennobles them and politicians quote them, their wisdom flies over the heads of most folk, who by this time have developed a delete function defence against academic drivel.

NZ Parliament building in Wellington, known as the Beehive

Pre-election, modesty of duty becomes redundant, instant adaptability’s the name of the game; afterwards it doesn’t matter a toss what they say or do, it’ll take three years for us to get our own back. The breadth of character adoption is mind-boggling; the demeanour must be tailored to suit the topic: avuncular and concerned for the environment, unflinching resolve for the crime problem and so-on. I’m bludgeoned by silicon sincerity, my mailbox is full of ‘personal’ messages, I am assailed in public and battered in private via the media; small wonder God invented dictators. If I had unlimited access I’d vote for them all in the faint hope they would fade into a horror movie mist, leaving me the sunshine of my porch with the important things of life: a little Julian Lloyd Weber, a trashy thriller and a bottle of Emerson’s Pilsner. Cheers, T.

2 Comments on “The campaign of terror by Trevor Plumbly”