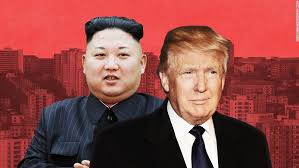 When we all hear about Trump ranting and raving over North Korea, I’m sure there would hardly be anyone on the planet who wouldn’t think how stupid it is to poke and prod at a guy like Kim Jong-un; a bit like poking a cornered possum or an angry grizzly bear.

My thought always, when I hear this kind of aggression is, why can’t they just discuss whatever it is in a calm, rational way, and come to some sort of sensible agreement using brains and words, not weapons of mass destruction.  Why does the first instinct have to be to attack, attack, attack?

Nature raw in tooth and claw 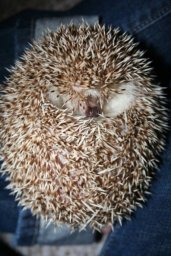 I had a bit of a change of mind today, however, when I happened across a photo of an adorable hedgehog, curled right up into a ball.  The photo was taken from underneath so you could see the sweet little face and tucked up paws.  But what struck me was the bristly vicious-looking spines completely encircling the vulnerable bits.  There clearly was never a thought in this animal’s head of staying calm and sorting out whatever problems come its way.

This led me to think about other animals, and I had a flash of insight – they all have sharp, often lethal defences.  Fangs, claws, poison, barbs – they are equipped to attack and defend in the most damaging way they possibly can.  Those who aren’t good at it, simply die off.  Survival of the fittest (yes, I know – I’m a slow learner, get over it). 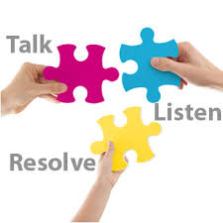 Absence of discussion and negotiation

What makes me think the human animal would be any different?  There’s not a single species, whether on land, in the air, or in the sea, that thinks ‘stay calm and reasonable, keep your temper, mate’. They nearly all fight to the death at the slightest threat.  We’re animals, ipso facto, that’s what we do.  There are humans who do try to have mind prevail over gut reaction, but a whole lot of us, including those who have the most power – particularly the likes of Trump and Jong-un – don’t and probably never will.

The problem is, we’ve gone way past sharp things like spears, and progressed to the nuclear world where aggression means, like it or not, we all go down the gurgler together.

← Trevor’s latest brainwave: individual thoughts on ageing
Shopping as a source of discord by Angela Caldin →