Posted on December 6, 2017 by talkaholics

Medical science and I have always had what I believe folk now refer to as ‘issues’. Looking back, I realise that my childhood diet was a mass of contradictions: I was expected to shovel down bread and dripping smothered with salt at the same time as receiving daily dollops of ‘Cod Liver Oil and Malt’.

This gunk was reputed to provide all the nutrients a growing lad needed; it failed and I remained semi-emaciated and host to every facial blemish in the book until late teenage. Diet for kids then was built around fear, folklore and economic reality: sweets made your teeth fall out, lemonade dried your blood and mutton was healthier to eat than lamb and had more flavour. Fish being ‘brain-food’ is still on the table; I never ate it as a child, so either it’s a load of codswallop or I’m a late developer.

The Gastro Gestapo came back for me in my forties using the fear factor: tea had tannin, coffee had caffeine, sugar was going to rot my gut, fry-ups were cardiac time bombs and, if I was stupid enough to entertain wine, I’d better do it through an eye dropper or else! Absolutely nothing was left to chance: Chinese food had lots of MSG, white bread was a silent assassin and whiskey buggered your head or liver, depending on the messenger. Whilst these essentials to relieving life’s tribulations were pilloried, various dreary alternatives were lauded by the self-proclaimed cognoscenti and whilst I accept that some, or all, of the good stuff may kill me, I’ve got to go sometime so why not take the most attractive route on offer?

With the passing of the years, the doomsayers continued to infiltrate: sausages, bacon, and steak and kidney became no-no’s while low fat and gluten free left hippiedom behind and became essentials. As the new century gathered pace, I became increasingly confused; the bad stuff was everywhere! If I got driven out by the threat of Legionnaire’s Disease in 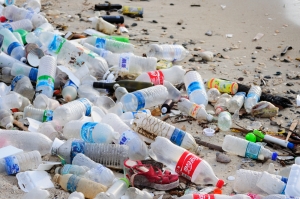 the AC unit, melanoma would be queuing up outside. Can’t drink water from the tap, it’s got fluoride in it and cows’ pee in the source supply. I’d drink the bottled stuff but what the hell would I do with the plastic container? It’s a murky world for an old geezer: everyone’s bleating about climate change but happily accepts plastic bags; we brag about our ‘clean and green’ image yet offer little comment on a proposed coal mine a few kilometres away from a site pumping pure water onto tankers bound for China. All of which has convinced me that I’ve just about had enough; that only leaves cremation and, of course, air pollution. Gotta close, life’s just got complicated.