But for the grace of God by Susan Grimsdell

Our local paper is doing a series on lost children; those terrible cases where the child goes missing and is never seen again.

Today’s story is about a two year old whose parents were visiting a friend.  The mother was a former drug addict, the father a gang member.  The friend had a house on a lake, very close to the water.  There were several kids, the adults were getting a barbecue together, lots of activity going on.  The child was seen near the driveway when one of the adults went off to fetch something, and later when someone said, “Where’s Amanda?”  the reply was, “She’s in the bedroom with the boys”.  But she wasn’t.  She has never been found.

Judge not lest you be judged

Now it’s easy to be judgemental – “What kind of people are they!  That’s what you get when the parents are druggies. Why was no one watching the child!”; but that’s not me.  This is why. 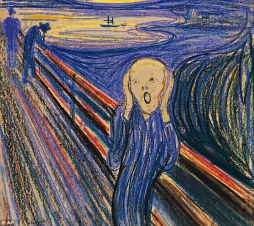 When my daughter was two, we lived in a u-shaped block of units on a quiet road and my friend, who had a child a little younger, lived in another of the units just across from mine, a distance of a few metres.  The kids ran back and forth between our units.  If they weren’t with me they’d be with Louise.  Then there came a moment when I thought – “I haven’t seen them for a bit” so over to Louise’s and they weren’t there.  I can’t describe the panic.  It’s like nothing else I’ve ever felt, and it’s just as powerful today as I write this 45 years later.

I raced to the street, along the street, nothing.  I ran to the back, where there was a steep bank and then a stream.  No sign. Back to the street, gasping, running.  The main shops were nearby, heavy traffic, lots of people, and a police station.  As I ran past a police officer came out – “Are you looking for two children?”  Oh my God.  Yes, yes,

yes.  There they were.  They had been picked up as they crossed the main street, hand in hand, in their nappies.   I collapsed, sobbing in relief.

But if a car had stopped and picked them up and taken them away, I might never have seen my daughter again.  I would be living the same endless nightmare as the mother in the newspaper.  So to be critical and judgemental?  Not me, no way, not ever.