The Labour Prime Minister of New Zealand, Jacinda Ardern, is going to have a baby.  She and her partner Clarke Gayford have known about the baby for four months, but chose not to tell us, the public.  I don’t think anyone would question that decision, considering that it’s a private matter for a start, and also that a percentage of pregnancies don’t make it past the first three months.

Jacinda and Clarke know the gender of the baby, but have chosen to keep that as a private matter too.  I think that’s a wonderful decision.   My dream is that they would continue to keep the gender as a private matter for as long as possible – certainly for the first year or two anyway.  This should be quite possible as the baby’s genitals are never seen by anyone other than the very few people close enough to be honoured with the privilege and delight of changing the nappies.  A secret’s not that hard to keep when only a handful of people are in the know. 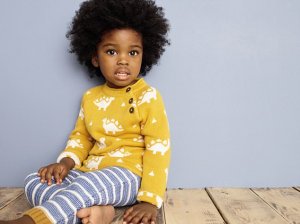 But imagine the public bewilderment and the outrage – the whole country would be clamouring to know the gender.  It would affect so many aspects of how the child is treated.  For a start, what clothes do you send for the baby – nothing frilly, nothing pink in case it turns out it’s a boy!  What toys – dolls?  Trucks?

The whole way the baby’s handled would be affected.  Research shows that girl babies are held differently from boys.   The way people talked to the baby would present a dilemma – do you say “Oh, you’re a real boy!” when the baby shows some sign of determination or strength (but it could be a girl!).  Do you say, “Oh the baby looks so pretty in that” – really? – to a boy baby?  Throw away that dinky headband with the pink flower stuck on it – please, not on a boy!

We would be completely flummoxed and my guess is a lot of people would be angry.  Denied the chance to shape the child into the appropriate gender – why this is our God-given right.   Instead, everyone would be obliged to accord the child the dignity and respect due to all children: that of being and becoming exactly who he or she is.  What a fantastic achievement that would be!  Go for it, Jacinda and Clarke!