Thanks a million! By Trevor Plumbly 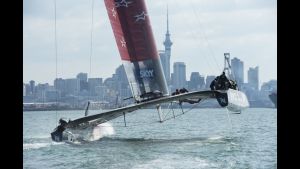 It’s that time again folks; the Circus is coming to town! The world’s wealthiest sporting clique is gearing up to battle for the America’s Cup and already the posturers, promoters and blatant arse-kissers are moving into action along with near-sighted politicians. There’s money to be made here folks and the dollar dung-flies are already starting to swarm. It mystifies me that a few mega-wealthy playlords could succeed in foisting this vanity-driven con job onto a country constantly striving to maintain healthy social and educational services.

The politicians and flag wavers are singing the same old tune: ‘It’s good for tourism!’ and ‘Think of the spin off!’. Could that be the same minister who stated that tourism and emigration were placing too much strain on our infrastructure? Doubtless a few property owners, clubs and cafes in central Auckland will profit, but I can’t see much in it for those outside the immediate area. The government and Auckland Council are set to shell out nearly 200 million dollars of tax and ratepayers’ money to host this bash; I wonder if that sort of money invested in underprivileged child education wouldn’t show a better return than a few days of staged euphoria. 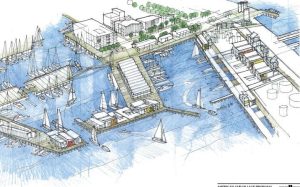 Calling this parade of elitism a sport falls little short of insult to those who happily compete at all levels without the aid of the mega-rich. The last competition was a triumph for technology rather than skill, endurance or seamanship. Years of legal battles to establish rules and childish bickering have done little to enhance the race’s image. But the final lunacy occurred when it was suggested that, if Auckland failed to meet certain requirements, the event could be moved offshore! Somebody should have had the social foresight and guts to have told them to p*ss off.

Yours (sportingly of course), T.

2 Comments on “Thanks a million! By Trevor Plumbly”