What’s in a name? By Angela Caldin

There’s a New Scientist journalist called John Hoyland who invented the term ‘nominative determinism’ for those strange and interesting cases of people who seem drawn to their chosen profession because of their name. 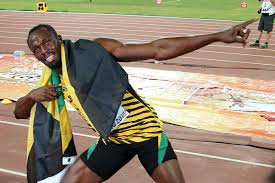 He became interested in the subject after hearing of a scientific paper by authors JW Splatt and D Weedon on the topic of incontinence, on the same day as seeing a book on the Arctic written by Daniel Snowman. Some obvious examples include Judge Judge and Doctor Nurse, as well as the music teacher called Miss Fiddle who became Mrs Horn when she married, not to mention Jane Speake the speech and language therapist. In modern times we have Usain Bolt the runner and, in a previous era, William Wordsworth the poet. 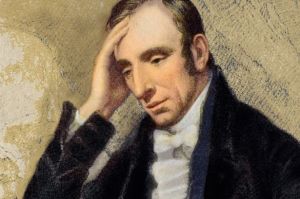 It seems the idea is not a new one, going back into the last century with psychologist Karl Jung suggesting in his 1952 book, Synchronicity, that there was a ‘sometimes quite grotesque coincidence between a man’s name and his peculiarities’. Jung gives as examples his fellow psychiatrist Freud whose name translates as ‘joy’ and who put forward the pleasure principle and his own name Jung which means young tying in with his idea of rebirth.

When this happens it’s called an aptronym and there’s an opposite phenomenon called an inaptronym. Examples include the former Archbishop of Manila, Jaime Sin who was made a cardinal by the Pope, becoming known as Cardinal Sin and Don Black who was well known as a white supremacist. Peter Bowler was a cricketer who was first and foremost a batsman while Larry Playfair was a NHL defender known for his fighting.

My favourite in the realm of inaptronyms is William Cowherd, a Christian minister serving a congregation in Salford, near Manchester. Cowherd advocated and encouraged members of his small group of followers, known as 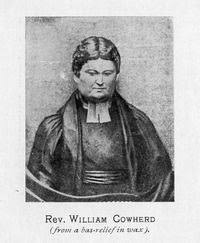 Cowherdites, to abstain from the eating of meat as a form of temperance. Cowherd is credited with being one of the main figures promoting the theory of vegetarianism in the early 1800s which culminated in the founding of the Vegetarian Society in 1847.

He noticed that the poor of his district could eat only the cheapest meat, which led to a meagre diet of offal, including stomach and intestines and other low quality meat, leading to many illnesses. Cowherd believed that God occupied all animals including their offal and therefore it was a sin to eat meat. He advocated a meat free diet for both religious and health reasons.

He was a popular minister, providing his flock with free medicinal services, a lending library and free vegetable soup. He also made available free burial near his church. It was not known at that time what effect a meat free diet would have, and many including his fellow minister Robert Hindmarsh thought a meat free diet would be disastrous and that people would die through lack of meat. However, Cowherd continued to preach that it was a sin to eat meat and that it could make people behave aggressively, concluding ‘If God had meant us to eat meat, then it would have come to us in edible form as is the ripened fruit.’

3 Comments on “What’s in a name? By Angela Caldin”