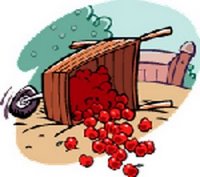 At the weekend, I was telling anybody who would listen that I’d been spending time with someone who spoke using a lot of clichés. To illustrate my point, I gave an example, ‘We mustn’t upset the apple cart.’ My younger daughter, who, surprisingly, had been listening, said, ‘That’s not a cliché, it’s an idiom.’

I was intrigued. She knows about these things because she’s a primary school teacher and she teaches her Year 4s all about these figures of speech: metaphor, simile, alliteration, onomatopoeia, idiom and cliché. Even so, I still felt that upsetting the apple cart was an example of a cliché.

So I did some research and this is what I found:

Cliché is a broad term which can refer to anything that has become commonplace through overuse such as a trite or hackneyed plot, character development, use of form or imagery, or musical style. In terms of writing or speaking, a cliché is a trite, stereotyped expression such as sadder but wiser, dead as a doornail, think outside the box and at the end of the day. It’s a phrase or expression that has been overused to the point of losing its intended force or novelty, especially when at some time in the distant past it was considered forceful or novel. To quote the sublime Clive James, ‘The essence of a cliché is that words are not misused, but have gone dead.’ 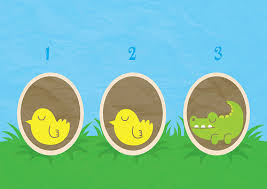 Idiom is a much more precise term which refers to an expression made by a combination of words whose meaning is different from the literal meaning of the individual words. It has a figurative meaning that is understood by native speakers through common use. It cannot be understood if it is literally translated into another language; the translator would have to find an equivalent expression in the other language. For example, the idiom Don’t count your chickens before they hatch would be translated into French as Il ne faut pas vendre la peau de l’ours avant de l’avoir tué

What do you notice about these expressions which are idioms? You might, I hope, agree with me that they are also clichés. Which leads me to the satisfying conclusion that an idiom is very often (nearly always?) a cliché, but a cliché is not necessarily an idiom.