My contribution to the world of sport is minimal to say the least. As a result of family circumstances, I was neither watched nor encouraged to play team sports. Painfully thin, I learned early in life that physical well-being was preferable to the risks posed by playing school sports.

The All Blacks winning the Rugby World Cup in 2015 – Richie McCaw holds the trophy aloft.

These days however, I live in a country where a sprained All-Black thumb can send a decent percentage of the population into stress mode. Even my grandsons have been peer-pressured into joining these educationally approved forms of ritual abuse. Most thinking adults struggle with accepting the social ills caused by the inequalities of life, yet expect their children to cheerfully cope with the concept of defeat and victory by labelling them as ‘character building’. To bolster this ‘con-job’, they crowd the touchlines every weekend bellowing encouragement or apportioning blame towards those too immature to disregard either.

Rugby is the dominant sport here in NZ. The All Black coach has attained messianic status; his exhortations to ‘get stuck in!’ and ‘tackle!’, are echoed at screaming pitch by every rugby dad in the country. With all that character building, it surprises me the youth crime rate is quite so high. 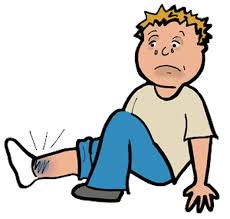 ‘The beautiful game’, fares little better in the parental behaviour stakes. Soccer mums are the counterbalance to rugby dads and anything or anybody standing in the path of their offspring’s glory is a sworn enemy; unfavourable calls by the ref are a result of failing eyesight, ignorance of the rules or good old fashioned bias. Mercifully there is a final whistle and the embryonic superstars troop off, the bruises that threatened to cripple them moments ago are transformed into medals of honour and the ‘nasty sod’ who caused them is elevated to a ‘tough little bugger’ in the parental post mortem. This illustrates the complexity of the thought processes adopted by adults re-visiting their own sporting journey.

I suppose contact sport might provide a sort of release valve for those with nasty bits upstairs that could cause relationship problems later; for others (like me), it was enforced torture. I had absolutely no affinity with the bloody ball, especially if somebody else wanted it badly enough to cause injury. Cricket offered the opportunity to daydream out in the field, but needed a softer ball and a bigger bat to convince me to take any real part. Young life is daunting enough without chucking sport into the mix. There’s lots of better stuff out there to dream about, like books, music and sex. Mark my words, soon some learned scholar will pen a thesis on the evils of parentally enforced sport and I shall take my rightful place among the visionaries. Meantime youngsters, if you want to feel pain, write poetry! It’s a bloody sight safer!

← Going round in circles by Susan Grimsdell
Unplugged by Emily Smart →