Values versus science by Susan Grimsdell

New Zealand has been seeing some pretty scary behaviour from seemingly ordinary people lately.  Government staff have been the target of a torrent of abuse and threats, on social media, in phone calls and by email.

This has included death threats and, following up on that, some staff have had the wheel nuts on their cars loosened.   Dead birds have been thrown on the steps of Parliament and thousands of people have marched in fury down the streets of our cities. 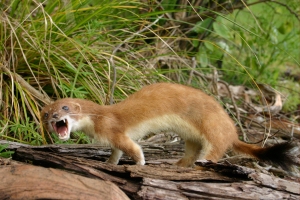 The issue?  Dept of Conservation dropping a poison, referred to as 1080, across our native bush areas.  Why would anyone drop poison over vast areas where people, as well as trees and native fauna, live?  The reason is that it’s the only practical way to kill the introduced predators that are destroying our unique and beautiful forests and native birds.  The choice is clear – use 1080 or lose not only the birds, but the flora too. 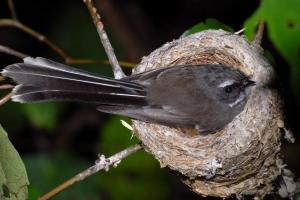 The protesters surely are followers of Trump because they love fake news, they hate science, their own opinion counts over and above all the evidence carefully developed by thousands of scientists.   The science is similar to the science of climate change – it’s irrefutable.  1080 poses no danger to any human in any way shape or form.

The areas that have had a drop of 1080 show forests returning to the way they always were, lush and gorgeous.  Baby birds start to be able to survive instead of being eaten at birth or even when they’re still in the egg.  It’s a clear and wonderful result.

It comes down to choices in two respects.  First – do we value scientific evidence over opinion or not?  Second – do we value the wonder of our native flora and fauna or not? It’s a simple matter in the end, the age-old “use it or lose it”.  Use 1080 or lose the lot.

← An eating disorder by Trevor Plumbly
Kindness by Angela Caldin →