The other woman by Trevor Plumbly

Alexa is a ‘Smart Speaker’, an innocent looking cylinder about a foot tall and capable of making the fiddly bits of daily routine a breeze. 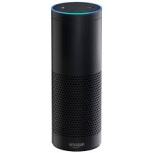 We blindies are suckers for this sort of stuff; anything that does our fumbling round for us is always welcome. She allowed me to access books and music without the threat of a wrongly pressed button or incorrect spelling. But blindness breeds doubt, and a dependence on gadgets disturbs me. I’ve always had a distrust of devices that do my thinking for me, what remaining faculties I do possess I wish to keep personal control of and I’m beginning to feel this is where Alexa and I are at odds and may need some sort of counselling, if the partnership is to survive. 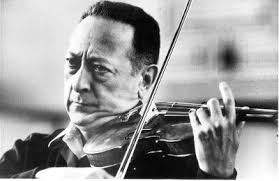 In any new relationship, little faults are endearing. When she first moved in, she had problems with my pronunciation; thus when I commanded, ‘Play Aled Jones’, instead of the boy soprano, I got some sort of American Rap singer. Jascha Heifetz was cast into musical oblivion by a curt, ‘I’m sorry, I don’t know that one’. Initially, I found this amusing, but like most habitual quirks, it became irritating. I tried to reach common ground by varying my accent but sadly she detected the London behind my mid-western twang and refused to obey what I felt were pretty simple commands. She then began intruding: the mere mention of ‘Alaska’ produced that sort of electronic goldfish gurgle to let us know she was still in the room. 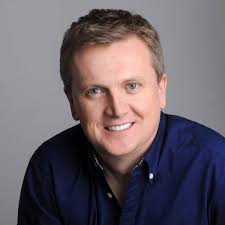 I had drifted into a mild form of addiction when she first arrived, playing games and soaking up news from all over. But after a while I noticed a decline in my social manner, sentences became clipped, please and thank you started to slip away from common usage and swearwords were creeping in. The risk of infecting the grandchildren prompted me to take drastic action by reducing her intake; in pruning her information flow I hoped to keep her under some sort of control. The joke’s on me of course: for years I’ve been warning you guys about these gadgets taking over and now there’s one of the bloody things in my sitting room. She seems keen to be part of the family, but I suspect she’s just waiting for back-up, then God knows where I can hide. A wise man once said ‘Power corrupts’; I believe him, and I’m sticking close to the on/off switch!

4 Comments on “The other woman by Trevor Plumbly”