The harms of Morpheus by Trevor Plumbly

Humidity tends to screw up the old thought processes a bit and, instead of the age-regulated two bottles of Emerson’s Pilsner, I sneak a third in to avoid overnight dehydration. This, however, invites all sorts of nocturnal nasties, most of them political. 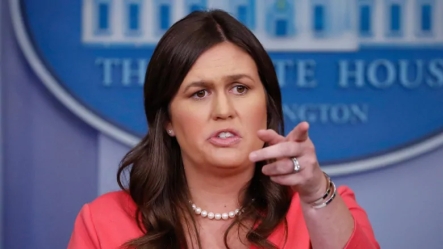 In the latest I was being interviewed by Sarah Huckabee Sanders for a job as presidential spokesman. Mercifully, unless you’ve conked it, sleep’s an erratic state, but the nasties seem to know opportunity and pounce the minute I drop off. Thus, last night, I ended up in The White House office, with HER! “Christ not another one”, she muttered as I walked in, “How many verbal drainlayers out there want this shitty job?” She opened the interview saying, “We do this by role-playing; you start as George Washington in the ‘Cherry Tree Thing.” I opened nervously with “Father I cannot tell a lie.” “Jesus Christ!” she exploded, “where do they find these people? What the hell are you doing here! Here’s the short lesson: lies are currency buddy, and we never devalue. Truth’s OK, in fiction, but ‘flexibility’s’ where we’re at these days, and you aint got it! Too much of that boy scout shit if you ask me. Beat it buddy and try the Democrats.” I woke, shivering and glad to be in New Zealand. 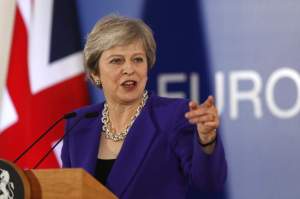 After that lot, too scared to sleep, I flicked on the BBC, feeling perhaps, that news from Mother England would cleanse the political palate, but it seems the Bulldog’s been rogered by a few continental mutts and half the country’s gone bloody lapdog. They’ve got a prime minister with more balls in her little finger than the rest have got in their collective ‘Y fronts’. Surrounded by fairy tale Tories and homogenised cloth cap wearers she never backs away from her convictions; there’s no way any foreign  furball is going to give that gal a seeing to and good on her I say!

The new Brits want it all, a bachelor existence at home and conjugal rights over the water. Jeremy and Boris seem to believe they can achieve this perfect state, God knows what they plan to use for ability! Jeremy is a political toy poodle, lots of yap but not equipped to draw much blood. Boris is bureaucratically inbred to the point of being

useless for defence or stud purposes. The thought of sending either of those two to negotiate brings back embarrassing memories of Neville Chamberlain.

It seems to me that we sold a fair bit of our ‘Britishness’ when we joined the EU and now the old girl’s not looking so good. Mark my words, fellow Poms, going back there will soon be like visiting elderly loved ones in the Dementia Unit, all leaning over the bed shouting, “You remember Maggie Thatcher, don’t you Gran!”, hoping for a flicker of recognition. I’m seriously thinking of giving up Emerson’s and the BBC; waking or sleeping it’s a scary world out there for a dreamer, Trump doesn’t want me and the British stiff upper lip seems restricted to plastic milk bottles. Gran used to comfort me by saying “There’s nothing in the dark that isn’t there in the daytime”, I used to believe her; these days, I’m not so sure!

2 Comments on “The harms of Morpheus by Trevor Plumbly”