Ya gotta laugh by Trevor Plumbly

A funny thing used to happen

Listening to an interview with John Cleese the other day made me wonder whether the current plague of PC is strangling humour. 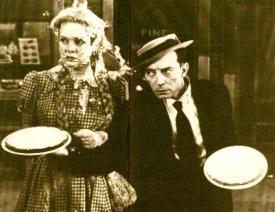 Comedy has always carried an element of cruelty: from the Buster Keaton custard pie sketch to the murder of sensitivities from Billy Connolly, somebody has to ‘cop it’ to amuse those who weren’t on the receiving end. Listening to Cleese, I realised that nothing was spared: all manner of sacred cows, including his late mother and ex-wives were woven into a barrage of hilarious anecdotes, interspersed with comments like, ‘Of course you couldn’t get away with that today.’ Sadly, he’s right: if we look back to the 50s and 60s, it’s clear that comedy and satire ran riot, and we loved it! These days, by the time the minorities’ delicacies such as race, religion, sexual preference, gender and God knows what else have been tip-toed round, the one liner is more likely to be a three page speech.

Those were the days! 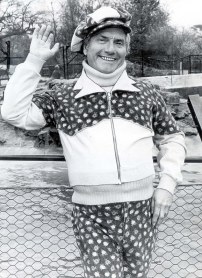 And they were! Comedians could poke fun at just about everything and get away with it, and they did! Alf Garnett and Lenny Bruce lampooning racism, Benny Hill and the Carry On team ridiculing sexism, Dick Emery’s over the top gay character sketches, and Lord Buckley’s wonderful jazz monologue. The Naz even managed to get Jesus into a comedy routine. I don’t think any of it was sophisticated humour; it was often crude in both senses of the word, but it did highlight our weaknesses and intolerance, and perhaps underlined the need to avoid taking them too seriously; Hancock’s Half Hour proved that even insecurity could be funny. Elsewhere, Private Eye led the charge for free-range printed satire. The theatre didn’t get off lightly either, critical reviews were pored over, as much to relish the phraseology involved in sticking the knife in, as to learn the merits of the production. As with art and music at the time, the next breed pushed the boundaries even further: John Cleese, Dave Allen, Rowan Atkinson, Barry Humphries and Billy Connolly all headed the open season for British comedy. 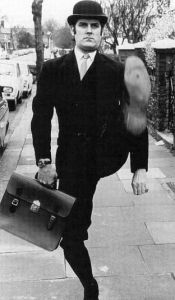 John Cleese and the Ministry of Silly Walks

Apart from Fawlty Towers and Blackadder ,TV comedy went into terminal decline after Monty Python. Asinine sit-coms such as Hi-de-Hi and Allo-Allo, signalled the revival of childish humour, designed to lead us into predictable chuckles rather than spontaneous belly-laughs. Some decided that using the ‘F’ word like a form of punctuation might spice things up; there’s nothing wrong with the odd swearword, but like most things in comedy, repetition doesn’t add much.

The current world, such as it is, could do with all the fun it can get and a bloody sight less personal preciousness. We’ve all got faults and shortcomings of one form or other, so let’s treat them for what they are, perfectly ordinary human differences; not conversational landmines. Lighten up folks! I’m pretty sure the Four Horsemen aren’t coming this week.