Huff and puff by Trevor Plumbly

It’s cold and wet in Auckland and I’ve got all reflective about a couple of law changes in the offing. Odd things in life seem to matter at my age; even so, at the risk of contradiction from my fellow bloggers, I regard myself as a pretty normal sort of bloke. 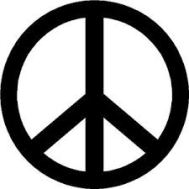 It wasn’t always thus, but age tends to water things down a bit. In my formative years you were either the sort of boy your girlfriend invited home to meet mother, or useful as a cudgel to clobber father with. I was the latter: long hair, Rolling Stones, Bob Dylan, Ban the Bomb, the whole bit; not the sort of bloke dad wanted fumbling around inside his princess’s personal linen. It was the age of awakening, pretty tame by today’s standards, but it kept us busy. ‘Sex, Drugs and Rock and Roll’ was the mantra: some claimed to manage all three on a regular basis, but after having a pretty good stab at it, I reckon they were lying through their teeth. I was more than happy to serve the cause for the sexual revolution, but clouding my brain in a fog of marijuana didn’t appeal and, as far as ‘rock’ was concerned, most of us knew that mild exposure to Elvis Presley could do irreparable harm to your musical taste.

Enough nostalgia. It’s still raining, so back to pressing social issues: it’s high time to stop pussyfooting around with gun ownership. I’ve always hated the things, there’s a seductive evil about just touching them and something creepy about those that hoard them. Beyond farmers I can’t really see the logic of civilians being 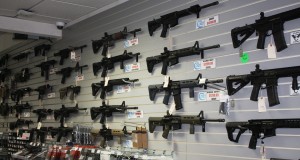 allowed to own or operate them. Following the Christchurch massacre, tightening ownership has provoked an overdue law change in NZ. But sadly, once the grief and guilt had faded a bit, the kids came out to play again. Some gun owners and collectors are ‘modifying’ their semi-automatics to dodge the laws. I can only assume that this childish defiance is intended to show that their dicks are bigger; such public spirit deserves a mention, so thanks guys. If, as required for safety reasons, guns need to be locked away from view, apart from playing closet tin soldier, what’s the hell’s the point of owning them? Down here we’ve always taken gun ownership lightly; the events in Christchurch alone illustrate that casual ownership should be highly regulated and far more expensive and to counter the obvious comments about black market growth, unlicensed possession should be treated as a serious crime.

Another knicker-twister for the definite maybes is cannabis access. Cannabis has got a bit more sophisticated since my teens: there’s medicinal, recreational and synthetic these days. Medicinal oil use seems a lot healthier to me than cramming morphine into folk as a pain reliever. Recreational use, along with synthetics, is where the ice gets thinner. It’s all very well tossing alcohol damage into the debate, that’s a drug too, but why open the doors for another problem our kids have to deal with? Surely terrorism, religious intolerance, famine and global warming are enough for them to cope with in the meantime.

Them was the good old days

I’m getting sick of this introspective stuff; it’s too bloody serious for me to cope with on a cup of Earl Grey. If the grandkids drop by, I shall regale them with exaggerated tales of the old days when things were clearly defined: a rotten little shit was a rotten little shit, rather than a dysfunctional adolescent with behavioural problems. I shall tell them of my journey from an utterly miserable childhood, through totally irresponsible teenage years and adulthood, on to becoming a highly successful grumpy old git. I still reckon the best place for weapons is the cinema screen. I like a drink, but as for drugs, I’ve found life sufficiently addictive. It’s always had enough for my brain to entertain, full of uppers and downers; there’s plenty of it out there and, if you’re sensible, it’s free! Fill your boots kids!

One Comment on “Huff and puff by Trevor Plumbly”