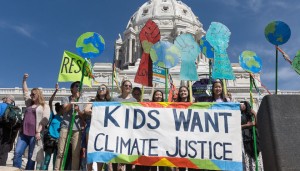 I was interested in these numbers when I thought about the kids’ recent climate change march.  “What do we want?  Climate change action. When do we want it?  NOW!”  I’m all for young people getting out and making a noise about something as important as climate, especially when they’re the ones who will bear the brunt of it.  But I can’t help thinking they would have a lot more credibility if they set the example, and took a definite step towards climate change action themselves.  Now!

I use the word “step” and that’s exactly what I’m referring to.  Get out of those cars, and walk to school or get on your bike, or even use an e-scooter.

Very few of us in the, shall we say, older age group got driven to school in a car.  Personally I walked from the age of 5, and later went by public bus.  A friend biked to school a distance of 15 km each way, morning and night, rain or shine, winter and summer.  Every one of my older friends that I’ve asked, got there under their own steam.

Bicycling to school with helmets and saddle bags

I accept there could be some kids who live somewhere that would make it difficult, or dangerous, for them to walk to school.  But not more than half a million of them, no way.

I challenge these young people to stop marching and start walking.  Let’s see how serious you are about climate change action.   Are you serious enough to change your life, give up a comfortable easy way of transport, and take the high road?   That’s what we all have to do if anything’s to really change.  Show us the way!  We’re much more likely to get in behind if you’re leading us from the front.

One Comment on “Climate change in action by Susan Grimsdell”