Posted on January 8, 2020 by talkaholics

We’re hearing every day that we need to stop eating meat as one important step towards preventing catastrophic climate change. 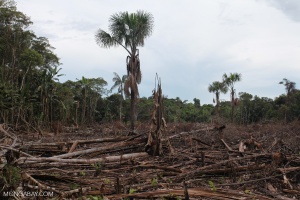 But even as the people who promote vegan diets speak up, rainforest is being cleared at a rate equivalent to the area of a million soccer fields every year or nearly 2,000 hectares every single day, day after day, and it’s not stopping any time soon.

The trees are being cut down to clear the land so that crops can be planted to feed cattle, so that we can kill the cattle and eat the meat.   Those who try to persuade us to go vegan are, I’m sorry to say, on a losing wicket, with beef consumption worldwide rising, not falling.

In fact beef production in 2019 increased to a record high, up about 1.1% over 2018.  The biggest beef-eating countries consume around 80 pounds per person per year on average.  When you take into account that some people eat no meat or almost none, that means a lot of people are really getting stuck in to the burgers and steaks.

In contrast, the average beef consumption for India is 4 pounds per person per year.  Now that’s vegan!  Of course, many people in India consider cows sacred and the idea of eating them is nothing short of horrifying.

I think that if we want to find ways to keep global temperatures down, going vegan is just not in the picture.  The vegan way of life is being promoted everywhere you look, but the message is not getting through.

That’s not really surprising.  It’s hard to change habits, hard to modify the whole way you live.  People continue to fly, use air-conditioning, drive and carry out countless other climate-threatening activities because it’s what we’ve always done and how could we possibly give any of it up.

Unfortunately for us, we will learn a sharp lesson one day as the Australians are learning right now with the worst fires they’ve ever seen.   There’s no schadenfreude involved here, however.  We’re all in this together.