Never before have we been so deluged by words and pictures masquerading as news.  It comes at us from every direction, huge quantities of it, all designed to grab our attention, entertain us and capture our interest.

Most of it is thrown out there by people whose deliberate intention is to influence what we think.  There are even people who make a living in a new job called “influencer”.

The difference today from, say, even ten years ago, is that very little of what we see and read has gone through the filter of an editor or other person whose job it is to evaluate the validity of whatever it is, screen out the false information, and present us with news that has been fact-

checked at least to some degree.

It wasn’t very long ago that we got our information from newspapers, magazines and books, produced by people with training and experience, who could evaluate it all and pick out the important bits, leaving the trivia behind. There never was such a term as “fake news”.  It was “news” and it was never deliberately fake.  Photoshopping didn’t exist.

That’s not to say editors and publishers were unbiased, but we knew what their bias was.  If you read the Guardian, you knew it would choose to interpret events through a certain lens, which differed from, say, the lens of The Daily Mirror.  But today, it’s all a big mish-mash, all thrown at us by anyone with access to the internet, so that we don’t even know what sort of influence we’re being subjected to.

It always annoys me when we see headlines justifying massive coverage of something or other, by

claiming that the “public” is interested in it.  This is usually something lurid such as a grisly murder.

The truth is that the public has no idea what it’s interested in, until it’s thrown at us on Facebook, Twitter, newspapers, TV, or other media.  I wouldn’t have had the slightest interest in the Royal family’s shenanigans if I hadn’t had it thrust in my face everywhere I looked.  They stick it in your face, you have no choice but to notice it, then they justify the endless coverage by saying the “public demands it”.  No we don’t!  Tell us another story, tell us about things that directly affect our lives, and that’s what we’ll be interested in.

Reporting the trivial and the gruesome

It used to be that good journalism made important news interesting.  Now there’s not the slightest 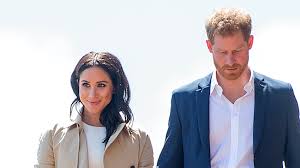 But what’s given top billing?  Royals, murders.  No wonder people don’t bother to vote.  They don’t even know the issues.  They only know what Meghan and Harry have got up to and who was murdered in a particularly gruesome way yesterday.