From squo to woe by Trevor Plumbly

The older I get the less polite I’m inclined to be about things that really piss me off.

I dislike it when people tinker with things that are working OK, like words. We’re losing the battle against geek-speak every day and these bright sparks are continually cooking up acronyms and verbal obscurities which we swallow without question, not wanting to look dumb. Though not well educated in the full sense of the term, I do have a regard for clarity. Computer programmers

however, loathe simplicity and neither do they fight fair.

A recent email showed me that, with just a few keystrokes, they put the boot in to confuse the bejasus out of poor old sods like me. In that email they conjured up ‘squo’. ‘Squo’ I’m informed, is an abbreviation for ‘status quo’. I shudder to think what they’re going to do with the mental energy they’ve saved by avoiding five keystrokes, or the struggle others might face searching up the definition of ‘squo’. To excuse this and other bastardisations, we’re told that language needs to ‘evolve’. Evolve how? If I went round actually putting this electronic gibberish into spoken form, they’d probably put me on medication.

Other tinkerers find a home in marketing; if they stuck to soap powder and disposable nappies I wouldn’t be concerned, but some choose politics and become shape changers. Like a sculptor with 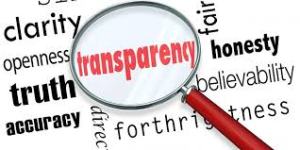 a block of stone, they chip away until they end up with an acceptable political figure. Of course, a lot of stuff has to go, but some can be tweaked a bit. Honesty, for instance, doesn’t suit today’s taste, but if it’s re-shaped into ‘transparency’, it’ll spread a bit further. It boils down to perception; perception begets charisma and bingo, you’ve got a front-bencher.

Don’t believe me? Just look at Trump, a walking advert for every flaw a world leader can possess. Yet, scrape down the loopy redneck, repaint it as no-nonsense patriotism and you’ve created a charismatic headline grabber. Boris Johnson, actively disliked and distrusted by his colleagues and the general public, has passed through the transmutation process and is now an accepted leader, all courtesy of a few mirrors and a bit of smoke.

Our current prime minister may well need one of these conjurers to survive the next election. She doesn’t do the Machiavellian stuff well; she’s principled, and that ain’t healthy in her business. The problem with principles is that you need to keep them intact; trading off little bits to suit makes them practically worthless. She’s also likeable and voters like nice to start with because it’s a novelty, but after a while it wears thin and they start to fancy a bit of vinegar. But having lost the last election, the opposition will need a serious tart-up. Re-branding is prescribed and within weeks Uriah Heap is remodelled into a latter-day Winston Churchill.

“Age is about possibilities”

Seriously? Some silly old fart pushing 80 and his missus clubbed me with that one the other day, probably brainwashed by some chirpy ‘activities’ instructor at their rest home. Status quo (not squo) should rule their lives: a single malt and a John Grisham novel would be better for them than new age homilies.

Time to go. It’s a mixed list of moans, but I’m glad to get them off my chest, I’ve become discombobulated of late: it’s a lovely old fashioned word isn’t it? Far too good to waste on cyber castration and tinkerers.

← Freedom of the press by Angela Caldin
Coronavirus by Susan Grimsdell →

One Comment on “From squo to woe by Trevor Plumbly”