Ways that are gone by Trevor Plumbly

Unlike most of the stuff you’re getting recently, this is not about the bloody virus; that will of course become a memory and that’s what I want to chat about.

Following on from ‘Way to go’, I’m wondering about the benefit of allowing memory too much leeway. Some folk often rehash unhappy bits of their lives looking for ‘closure’ (I hate that word). I don’t like revisiting bad news; it’s much easier to forget bits that give me the creeps. No doubt a shrink would have a field day poking around in my head to find a deep reason for selective amnesia, but in the interest of my latest theory, I’ll do it myself. I am now of an age when I can fossick around in the past without risking my mental stability. Old age allows me to postpone urgent thought: I find the good thoughts surface of their own accord, while the nasties need to be picked at, like a scab.

I perfected a flush toilet memory out of necessity. Apart from a warped sense of humour and a strong survival instinct, I’ve inherited very little from my early years. We were a poor family 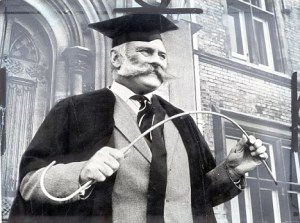 economically and emotionally, in the Dickensian sense rather than the Hollywood happy-ever-afters. Without going into detail, I had a thoroughly miserable childhood. The welfare folk packed me off to a new boarding school as soon as I arrived back from the last one. At the time, self-expression wasn’t an educational option and straying outside blind obedience was corrected by ‘six of the best’ on the buttocks by a cane wielding thug we were instructed to call ‘sir’ out of respect. To this day, I view knighthoods bestowed by the Queen with considerable suspicion. See what I mean about memory? It’s small wonder I became introspective and overly cautious. There were plenty of fatherless kids to go round in post war England; the upper and middle classes took care of their own but the poor sods at the bottom of the heap fended for themselves or submitted to the rule of ‘welfare officers’.

The Nazis live on!

At least they did round our house, in the form of ‘Child Welfare’ and the ‘Truancy Officer’. From

memory (again sorry), both had powers that far exceeded their intellect. The welfare lady had obviously worked out that if she shipped me off to boarding schools I’d be someone else’s problem. I disliked her intensely; she was well dressed, well fed and had the power to make my life miserable. The Truancy Officer had equal power; his visits always brought punishment of one sort or another. He also had ‘wandering hands’ around kids and it was smart to avoid one-on-one meetings. From the age of around eight, it was clearly them or me; problem was, there were more of them and they dealt the cards. The reports kept saying “Trevor lacks direction”, which is a pretty stupid comment about someone who didn’t have a clue which way to go in the first place.

Darwinism thrived within the school system then. ‘Boys will be boys’ covered ritual bullying and anything else the system didn’t want to cope with. Sensitivity, though largely wrought by vulnerability, wasn’t a crime as such, but open displays of it were often punished by humiliation. It’s incredible that anyone believed that standing me in a corner of a classroom for an hour over a minor transgression would improve my mind; that gem came from ‘educators’ clinging to a system founded on the alpha male theory which left the less combative isolated and resentful of authority. A lengthy period of that sort inevitably leaves scars and, to be honest, I still carry some to this day. Confrontation still provokes a feeling of inadequacy and there’s still the unwillingness to openly display emotion.

It’s odd really how those formative years can come back and bite if you let them. Almost daily, I hear of pleas of mitigation based on childhood abuse; by and large most of it’s not much worse than I went through courtesy of the ‘welfare’ system. Over the years I’ve found that recalling the nasties isn’t profitable, so I keep them buried. There are those that say that that isn’t healthy, but I’m too old for 70 year old couch conversations; like the song goes, ‘I’ve done some bad and I’ve done some good’ and that’s enough. Today’s kids should learn from Quasimodo, yelling ‘repressed memory’ instead of ‘sanctuary’ is enough these days to bring the feel-good police running. We’ve all got bad stuff up there and it’s best forgot. Otherwise, to borrow from the great Yogi Berra, ‘It’ll be déjà vu all over again.’