Who would ever have guessed that hard-core deeply conservative people would overnight change their view of the world?

Covid-19 could well accomplish what decades of argument and reasoning and appeals to fairness have failed to do.  People who have insisted that the market should rule, supply and demand are king, and let those who aren’t up to it fall by the wayside, have experienced an epiphany.  Suddenly, yes indeed government must step in when people are in trouble, yes indeed government must give handouts when things go wrong.

Handouts from the State

How has this miraculous transformation taken place?  Because now they are the very ones in trouble.  They are the ones whose businesses are going down the drain, they are the ones who are sitting around watching TV, earning nothing, seeing savings evaporate.  Dyed-in-the wool right-wing people who are used to presenting powerful arguments against government handouts, are among the desperate people holding out their hands for government money.

Gone are the snide remarks like “why should the taxpayer hand out money to people who don’t want to work”, because they themselves are now in that position.  Like most beneficiaries, they would love to work if only they could, but they can’t, so suddenly it’s only right that taxpayers should help them.

Perhaps finding themselves needing government help will also change these politically conservative peoples’ minds about the value of work that low-paid people do.   Those who have had to fight for years and years to get an increase in the minimum wage, and many of whom still do not get the living wage, are today our heroes.  Cleaners, nurses, supermarket staff who load the shelves, truck drivers who work long hours and, we hear, are lucky to find a toilet that they are allowed to use, all 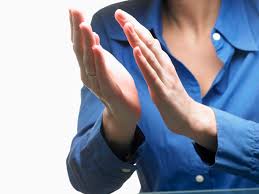 these people,  are now called essential workers, and the rest of us stand in our driveways and on our balconies clapping and shouting “thank you”.

The real test will be when this is over, and low-wage people again come forward to ask to be paid enough to live on.  Will people still be clapping and calling them heroes?  I hope our memory is not so short that we will forget how hard they work and how valuable and important they are to our whole way of life.