New Zealand on the map by Angela Caldin 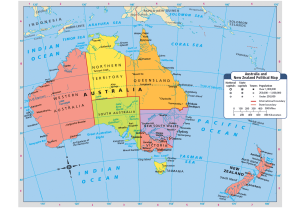 There was a time when quite a lot of people were vague about where exactly New Zealand was. Somewhere down at the bottom of the world was a good guess; fairly near Australia perhaps. Sometimes maps of the world left New Zealand off altogether, as though its two islands just a bit bigger than the UK were too insignificant to bother about.

But in the last few months New Zealand’s stock has risen dramatically, because under the leadership of prime minister Jacinda Ardern, Covid-19 has to all intents and purposes been eliminated. There are no cases in the community at large, though there is a continuing concern about the diagnosis of cases at the border amongst returning New Zealanders. In fact, there are so many Kiwis wanting to return that the government has had to restrict bookings for seats on Air New Zealand flights in the short term to ensure that those  arriving home can be safely placed into a managed isolation or quarantine facility for the required 14 days paid for by the government.

And it’s not just Kiwis who want to get back home. According to figures released by Immigration New Zealand, visits to the New Zealand Now website by Americans increased by 37% over April compared to the same time last year, and by 65% in May, with a total of 80,000 Americans expressing interest in shifting to the southern hemisphere in that month alone. UK citizens also showed an increased interest in relocating, with a growth of 18.5% in May, or 31,000 people. The other top nationalities visiting the site were Australians, South Africans and

Indians. Not surprising when you consider that among a population of 5 million, fewer than 1,500 people have been infected with Covid-19 and 22 have died.

A jewel in the Tasman

New Zealand is one of the most staggeringly beautiful countries in the world with an amazing range of landscapes, including rainforests, glaciers, mountains, deserts, plains, fjords and a variety of different beaches. The climate is a temperate one meaning it rarely gets too cold or too hot. It definitely has more sunshine than rain, though it doesn’t feel like it just now. Winters are warm in the North Island, but in the South Island they can bring snow. It’s about the only country in the world where it’s possible to swim at the beach and ski down a mountain on the same day.

New Zealand is a society of immigrants. Even its native inhabitants, the Maori, have only been here for about 800 years. Most of the population is of relatively recent European descent and there are also many people from Asia and the Pacific Islands. New Zealand was ranked second on the 2019 Global Peace Index with a low crime rate and fair religious tolerance. The country was ranked second on the 2018 Corruptions Perceptions Index. It’s the place to go for a relaxed lifestyle: people don’t expect too much, so the work-life balance usually favours life.

On the whole, I’m glad that this beautiful country is now well and truly on the map and admired throughout the world for its achievements in containing Covid-19. Jacinda and her team of five million have done brilliantly and it’s good to have worldwide recognition. But there’s still something to be said for isolation and for ploughing one’s own furrow at the bottom of the world away from the gaze of publicity.