A warrant of fitness by Trevor Plumbly

I’m into pensive a bit more lately. This was sparked by seeing one of those 1950s Mercedes parked up the street. I felt a sense of kinship with the old heap; it’s done a few miles and, like me, shows a bit of wear and tear.

Of late I seem to be losing a little more sight: simple actions, such as fitting a key into a lock, require a fair bit of fumbling and, of course, patience. Torches and magnifiers are more like outgrown toys than vision aids these days, replaced by a long cane and regular reminders of my increasing limitations. Acceptance has got its good points though, I now shrug with newly acquired tolerance when someone says, “Did you see that?” or “Look!” However, close to 80, I’m starting to need a lot more maintenance in other areas, which in turn has made me something of an expert when it comes to the medical profession.

As I mentioned in an earlier piece, there’ve been enormous changes in the health scene since I was

a lad and these days it’s all push-button stuff. I don’t get on well with electronics, they promise simplicity, then deliver confusion. Some blindies enjoy the challenges, but I don’t like feeling inferior, so I tend to avoid them where possible. Even the body-prodders have gone ‘techno’: nurses don’t do proper thermometers any more, they just stick this thingy in your ear till it pings and then scoot off to the nearest computer; the last one that treated me didn’t even have an upside down watch. Doctors don’t wander around with dangling stethoscopes, neither do they mutter ‘hmm’ or furrow their brows to indicate that whatever you’ve got is a matter for concern. I realise it’s the modern age and all that, but I am feeling a bit short-changed and I thought I’d share my concerns.

In for a service

Life as an oldie isn’t all free bus trips and heating subsidies; like elderly cars we need frequent mechanical attention and thus we develop preferences among those who fiddle around with our 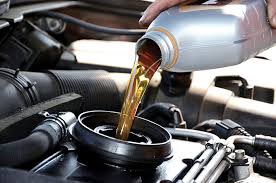 parts. It may be unkind, but I don’t like dentists. It’s not a personal thing; it’s just hard to take a shine to someone looming over my pudding chute with a drill, whilst draining my savings account. Why do I need a second mortgage to enjoy a bacon sandwich? Small wonder no-one ever wrote sonnets about dentists. I don’t do male doctors anymore. They always used to be middle-aged, chubby and avuncular and there was something reassuring about them, but now they look as if they’re auditioning for a TV soap opera, all dark, lean and intense. They ask the unanswerable like “describe the pain on a scale of 1 to 10”. That works OK if you’re actually writhing in agony at the time or carry a ‘painometer’, otherwise, as most folk know, it’s practically impossible to remember physical pain. So if you go high they could whip you in and start slicing too soon, or if you go a bit low send you packing too early with a reassuring smile and a box of Panadol.

It’s a given that I’ll eventually become ‘unroadworthy’ and what then? I’ve thought about leaving my body to medical science for research; it’s done a reasonable job over the years so it seems a shame to burn it. But dead or not I don’t fancy being stretched out in the buff while someone cuts

out my bits making droll comments on their condition to help a flock of students keep their lunch down. Imagine: “This chap’s had a few inches of intestine removed, proof that meat pies and fried eggs’ll get you in the end!” (History indicates that something had to.) Or: “Look at this liver, moderation didn’t stand a chance!” (It’s spent years working as a carburettor for booze. What does he expect? A happy face tattoo?) How about: “And in the lungs, ladies and gentlemen, we find the final account from Benson and Hedges,” (Pause for laughter). Nope! There’s some bits of me that need more respect than being broken up for scrap. Like the eyes: they’re the bits that they’ve been writing poems and songs about for years; mine aren’t much use now but they’ve had so much  money and effort chucked at them that I reckon they deserve to go with me rather than end up in a glass jar.

This pensive stuff really opens the mind and the analogies are flooding in. I not sure my first owner was that thrilled on delivery, the user manual arrived some years later, courtesy of the medical profession, with dire warnings about fuel intake and regular check-ups to avoid breakdown. All life’s irony is contained in the Merc just up the road; sitting on worn tyres, with faded paintwork and the odd dent, it’ll need a bit of tinkering to coax a few more miles out of it, much like me I suppose. But unlike me, restorers will claw parts out of the old girl before the melt-down. She’ll have had a few owners in her time but I doubt if any of them will be at the funeral. As I’ve indicated, I’d like to go intact, as it were. Doling out dead bits of yourself sounds generous, but I reckon God’s got enough puzzles on his hands without playing jig-saw with my odds and sods. I don’t have a log book, but if I did it would show ‘one careful lady owner since 1971’. There’s pensive for you!

One Comment on “A warrant of fitness by Trevor Plumbly”