The Bigger Picture by Susan Grimsdell

We’re in the midst of one of the Biblical afflictions we were warned about in Revelations – floods, locusts, fires, pestilence, darkness, and in our case here and now – plague.  Covid can’t be described any other way.

A plague on the Earth

Governments everywhere were caught unprepared. Most dealt inadequately in the early days of the virus, resulting in literally hundreds of thousands of people dying.  New Zealand was one of the

countries that did pretty well, through a combination of good luck and good management, and for a while we actually thought we’d eliminated it. This week we learned the hard way that it’s not that easy. It has reared up once more, forcing us into lockdown again.

This time masks have been introduced into the battery of measures taken in an attempt to  control this nasty virus.  The use of masks has been adopted worldwide, with the recommendation being that they be disposed of at least daily if not after each wearing.  New Zealanders are about to add their discarded masks to the total. 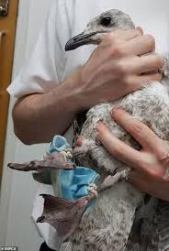 A plague of plastic

It wasn’t long ago that for all of us, a huge concern was plastic.  Well, most of the masks being used today are made of polypropylene, which is – yes – plastic.  They are being discarded any old where, a lot of them just chucked on the street, where rain washes them into the sea.

Globally we are using 129 billion face masks and 65 billion plastic gloves every month, according to some estimates.  Divers and observers are spotting more of this discarded waste floating underwater, causing problems for wildlife and washing up on shorelines all over the world. One man picked up 70 discarded masks from a 100m stretch of beach on a deserted island near Hong Kong. 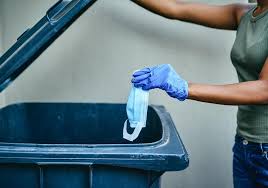 Plastic in the sea breaks down into tiny particles, the sea creatures ingest them, we eat the fish and other sea animals, and the plastic invades our bodies too.

Throwing masks into rubbish bins prevents them ending up in our oceans.  We need publicity to educate people to do just that.  We’re prepared to protect ourselves from Covid by wearing a mask, but we need to think beyond that to protecting marine creatures and, down the line, ourselves, as we tuck into a salmon steak or a dozen Bluff oysters.  Plastic with that sir?