Posted on November 4, 2020 by talkaholics

We’re a mixed bunch in the ‘Focus Group’. All retirees, with backgrounds including The Diplomatic Corps, Journalism, Audiology, Ophthalmology, Engineering and down to Antique Dealing. Our common link is sight loss, but whilst we refer to ourselves as ‘blindies’, most of us still nurse some sort of blurred, but fading vision.

It amazes me that I’m part of the group! Years ago the idea that I’d trot along twice-monthly to an organised meeting would have been laughable, but Focus isn’t really a group, nor do we hold ‘proper’ meetings; ours are more verbal carnivals where few rules apply. Guest speakers pausing for breath often find themselves bombarded with ‘off script’ questions; some have a problem with that but the majority seem to enjoy the free-for-all approach. The gang only meets for a couple of hours, so naturally they want to cover as much ground as possible. I remember trying to introduce an agenda some time ago, but soon realised that our sort of people didn’t traipse across half the city to get organised.

I had an elderly aunt once who seemed cast out of steel to equip her emotions for maidenhood. This empowered her to pass on little homilies on social and moral matters, such as “one does not discuss one’s health issues in well-mannered company.” She wouldn’t have been happy at Focus, where “how are you?” is a serious topic rather than a polite enquiry and generally eats up the first 20 minutes or so. Two of us have spinal problems, but since they’re not life-threatening they’re not regarded as conversational priorities. Heart problems top the list with the latest emergency visits;

followed by erudite comments on exercise, diet, blood pressure and pacemakers; alcohol consumption gets the occasional mention but rarely gets treated as a serious part of the discussion.

Then there’s transport: God knows how but some of the group use public transport. Auckland presents all sorts of obstacles for that: train cancellations, bus delays, transfers and the obligatory road works. Lots of drama here, hardened London underground commuters couldn’t hold a candle to these guys when it comes to travellers’ tales. 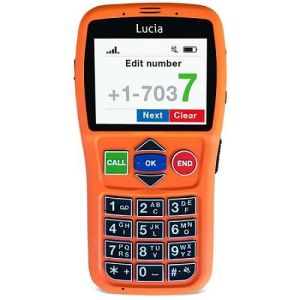 When we move on to the digital world, it’s cell phone city and everyone for themselves. The conversation killers are yanked out of purses and pockets, the merits of apps, voice messages and the like are volleyed back and forth along with a flurry of button pushing and mini-demonstrations. Those who are truly ‘techy’ star in this part of the proceedings, but even they find it impossible to stem the flow: anxious to graduate, ‘semi-techies’ harvest every swipe and portal, while the ‘non techies’ (both of us) wisely fall back to observer roles. For players and spectators it’s one of the more exciting parts of the meeting: imagine success, failure, frustration and studied evasion round one table and you’ll get the idea.

All Those in Favour

Once the contentious stuff’s been dealt with, we arrive at ‘blindness’. This is the closest we get to orderly behaviour because dealing with sight loss is not only complicated, it’s pretty personal, so a degree of decorum creeps in as the monthly stories unfold: tales of falls, spills and frustrations are 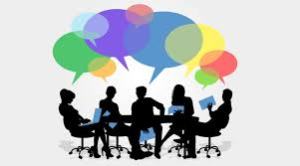 each heard in relative silence, followed by comments and where possible helpful tips, but very rarely sympathy. Blindies, I’ve discovered, don’t do sympathy or self-pity. Sure they have a moan, who doesn’t, but theirs are more tangible moans, about shop assistants, transport operators and officials within the system who could make life easier but somehow can’t be bothered.

It’s also a time for good stories and tales of adventure; coping with sight loss is an ongoing discovery process and most have an opinion on how to clear obstacles on the way. I’m writing this after today’s meeting: funny really, I used to think that order was an important part of meeting procedure, but at Focus we don’t have a chair neither do we vote, we just talk and generally agree. Someone once suggested that lack of vision makes conversation difficult; anyone subscribing to that slice of idiocy would be more than welcome to attend our next meeting….